Yearning to tie the knot? 10 benefits of marrying later in life

Not ready to rush down the aisle? Don't worry, ELLE has 10 reasons to hold off! 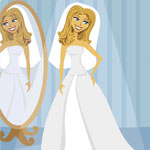 1. Shock value: People are so surprised that you’re finally doing it at last that everyone shows up and makes a much bigger deal about your wedding. Long-forgotten acquaintances and distant relatives you didn’t even invite send cards, checks, and crystal vases.

2. No midlife marriage crisis: You’re already in midlife! You never thought it would happen, so you are filled with glee, grace, and gratitude. If you’re lucky, by the time the novelty wears off, you’re dead.

3. Moneybags: In middle age, your midriff has grown but so has your bank account. Nothing jump-starts a new life together like two bathrooms, enough closet space, and the occasional first-class hotel on an expense account. Teenagers often think sleeping on the floor of a dirty hostel is romantic. As a middle ager, five-star hotels are usually much more of an aphrodisiac. Don’t underestimate the benefits of physical comfort.

4. Swinging single: Remember all the illusions about the glamorous time you would have alone? Well, you played it out. Being a slob, wearing sweatpants all day, eating cold pizza for breakfast, and not answering to anyone pales beside having a built-in warm body for a Saturday-night movie date.

5. Hope chest: All your competitive and unmarried friends in their forties, fifties, and sixties flock around, buoyed by your sudden switch in marital status. They say things like, “You were the last person I ever thought I would see walk down the aisle,” and, “If you could do it, anybody can.” Take it as a compliment and talk often and openly about how wonderful it is to find love a little on the later side. It’s nice to give others inspiration!

More reasons it’s great to wait …6. Fountain of youth: When reminiscing with your partner, you can exaggerate or have selective memories about your youthful days — since they were so long before you met. “I was so skinny in college,” “I used to dress much more provocatively,” or “I was so much more popular with the opposite sex back then,” adds to the myth and the mystery. Thank goodness all your lovely but loser exes are locked away in photograph albums.

7. You are secure with your insecurities: You’ve been there, done that, and screwed it up so many times that you don’t even have to bother hiding your sordid fears. At a certain age, jealousy and vanity actually seem cute.

9. Therapy pays off: All that time and money spent on psychoanalysis, Alcoholics Anonymous, transactional analysis, est, and Gestalt, watching Oprah and Dr. Phil, and taking yoga, Pilates, and meditation classes has clearly sunk into your system. When steamed or upset, you now know how to say, “I think I’ll go take a walk to cool off, so I don’t kill you,” “Perhaps we shouldn’t bring seven years of hostility into an argument about a toaster oven,” or “I’m going to make a shrink appointment now.”

10. War stories: You’ve been around the block. Did it in an elevator. A plane bathroom. The beach. This lead to a sprained ankle, angry passengers hoping up and down, and sand in your shoes for six months after the passion ended. You’ve finally learned it’s much more comfortable with someone you love. In a bed. Lying down.

Read more
How to deal with asexuality
5 signs it’s time to call it quits!
The biggest marriage mistakes