This luxe London concierge service will satisfy your every whim

You ask, he delivers. 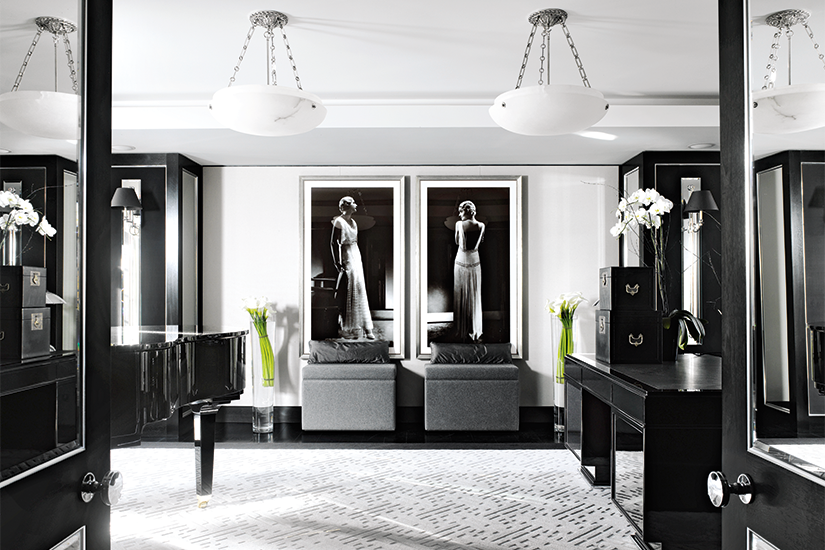 Dan McCaskie won’t be happy until you’re unhappy. That may seem like an unusual sentiment coming from the head concierge at one of London’s poshest Park Lane hotels and a member of Les Clefs d’Or, the world’s top concierge association, but he means no offence. Truly. “I believe in the traditional old-fashioned values of having a terrific holiday,” he explains. “I want people to be very sad when they’re leaving because they’ve had a great experience.”

Bespoke experiences are what McCaskie and his team dream up for guests who stay at Grosvenor House Suites by Jumeirah Living. The hotel, which overlooks Hyde Park and is only a few tempting steps away from exclusive Mayfair shops, first opened in 1929. In November 2011, it was purchased by Jumeirah Living. While the outside has a British sensibility, the 130 suites feel very New York circa now. Think granite floors, stainless-steel kitchen counters, incognito appliances, Egyptian-cotton linens and a muted white and grey colour scheme. (If you’re a regular guest, McCaskie says, they discreetly photograph how you like to arrange your belongings – even where and how you hang your clothes – and replicate that for you when you check in.)

If you venture from your suite, McCaskie is there to book you into Zuma, Hakkasan or Nobu. Or, if you need a helicopter to get you to the Royal Ascot in time for your lunch, he’s on it. Need a bespoke tux within 24 hours? Done. Your pet needs a passport? Yep, he can help you. For Sherlock Holmes fans, he can sign you up for the city’s latest cool “immersive experience” where you join a cast of other fans who dress up and help “Sherlock” solve a mystery.

“This is reassuringly expensive and reassuringly exclusive – there’s nothing cheesy about it,” assures McCaskie, adding that money isn’t a challenge with their guests. “They’re not price sensitive. It’s all about time – and making things happen with what seems like impossible deadlines.” Like the prince who needed the window on his car fixed and flown back to Doha within 24 hours because his father didn’t know he was in London – or that he’d had his car airlifted there. “The vehicle wasn’t even released in the U.K. yet, so first we had to get glass flown in from Frankfurt. We delivered the car to the plane just in time.”

Does hanging with the super-rich make him envy their wealth? “No! It would be too complicated,” says McCaskie with a laugh. “We call it ‘morphing’ when people who serve the rich start to wear their cardigans over their shoulders and walk around in loafers. Oh, that’s not me. I was born to serve!”

If you find yourself in Paris without a human concierge at your service, why not try a digital version? Pre-book with Insidr, and someone from the company will meet you in Paris to hand you an Android smartphone that gives you access to custom maps, walks, dining guides and insider advice from English-speaking Parisians. The phone also comes with preloaded apps, like a currency converter and Google Translate, local calling and Skype, and it can even be used as a Wi-Fi hot spot for up to five devices. The company will arrange to pick it up before you depart. (From $10 to $42 a day, depending on the length of your stay, insidr.paris)