The United Kingdom’s stylish city centre shows no signs of slowing down its quest to be the reigning kingdom of cool. 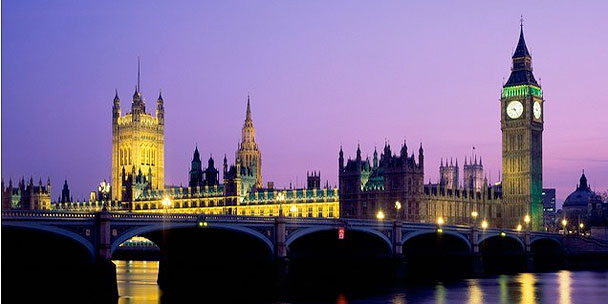 The vibe: There’s a reason why the likes of Gwyneth Paltrow and Madonna have said: “So long, New York!” and set permanent residence in the UK’s largest and most populous metropolitan area. From its beatnik Camden Street set, to the posh
poseurs in Hampstead, London is a multicultural hot bed mixing equal parts style, character and eccentricity. Some say London has almost become a cliché; a bit too “been there, done that”, but the beauty of the city lies not in your typical romp through High Street, or slinging back a few jugs at the local. Living life in London is an ever-changing state of mind. Embrace all it has to offer… with style to spare, of course.

How to get there: Imagine flying 35,000 feet in the air sipping a 2005 Château Bournac while feasting on Albertan beef tenderloin with horseradish butter. Economy, what? British Airways Club World spent a whopping £200 million to create a “lounge in the sky” for business class passengers seeking the ultimate travel experience. Onboard, expect complimentary toiletries (bigger than the typical mini-me versions) from lush line Elemis, while off-board get arrivals-ready by booking a spa treatment in their Elemis Travel Spa. Boasting six treatment rooms, indulge in 15-minute treatments like their “Flying Facials” (to combat that dreaded dehydrated skin) and “Exotic Hand and Arm Re-Energiser” (to increase hydration).

Oh, and did we also mention that the flight seats convert into sumptuously comfortable six-foot beds? Forget the free roasted peanuts; flying has never been so chic. (
britishairways.com).

Where to stay: The question really is: where not to stay. London has a multitude of luxury hotel properties, kitschy boutique respites and quaint B&B’s. Whatever tickles your British fancy, you’re sure to find it on one of the city’s fabled cobblestone streets.

Our top fashionable hotel picks on the next page …

Our list of fashionable shops to hit on High Street

Check out what the fashionable Brits are wearingin our style snaps

The May Fair London (
themayfairhotel.co.uk)

Located in the heart of London’s West End, the May Fair, first opened by King George V in 1927, is a five-star luxury hotel with a storied past but an ever-modern present. Indeed large (the hotel has over 400 bedrooms varying in hierarchy from the bubble gum pink
Schiparelli Suite – named after the famed designer – to family-style accommodations), guests will revel in the personal attention to detail like the awe-inspiring Baccarat chandeliers and the endless vases of fresh-cut seasonal flowers. Cited as the official hotel for London Fashion Week, sip their signature “Destination London” martini; a sinful mix of strawberry stoli and double cream, while watching Hollywood party people by the likes of Peaches Geldof and Pink come and go.

What strawberries are to cream, high-class panache is to One Aldwych. When the doors opened in 1998 all of the town’s elite descended upon this contemporary property, and the buzz has yet to cease ever since (60% of their business is repeat.) Walking distance from
Theatreland, the hotel is covered in over 400 private modern pieces of art and sculpture. The collection, chosen specifically by One Aldwych’s visionary – and private owner – Gordon Campbell Gray is an amusing smattering of newcomers Joost Beerenths and Mimei Thompson which are cozied up to established talents like Cecilia Vargas and Richard Walker. But alas, the artwork is not the only feast for the eyes. The rooms are positively spectacular both inside and out. Offering outdoor views of London’s quintessential landmarks, inside revel in the soft Frette bed linens, rain showers and all-natural beauty products courtesy of REN. Perhaps the most exquisite detail is best surmised by the hotel’s beguiling Public Relations Director, Howard Rombough: “Our guests can’t possibly live a day without fresh fruit and flowers at the One Aldwych.”

Relax over a decadent aged cheddar soufflé and braised beef Bourguignon at
Axis One Aldwych before you head to their private screening room to watch fashion films like
Breakfast at Tiffany’s and
Coco Before Chanel, further complimented by your own personal pint-sized bottle of Moët & Chandon. Don’t worry; they supply the popcorn!

For a funky stay, check out The Zetter on the next page …

This place is for the coolest of the cool; for those who don’t just
act like it (Lindsay Lohan, you’re not invited), but for those who actually
live it. If John Lennon were still alive, this would be his watering hole. Imagine the Brit Beatle chillin’ at the
Atrium Bar & Lounge; a so-hip-it-hurts respite with warm floor-to-ceiling wood-paneled walls, ‘70s-inspired carpeting and floral bucket seats, grazing on Felino salami tapas whilst talking shop to a
Ze-llini-guzzling Bob Dylan. A converted Victorian warehouse, the Zetter’s 59 rooms are an architect’s dream individually designed to exude a somewhat peculiar, vintage-like aesthetic. Take the embroidered
“Z,Z,Z” on the bed blankets or the staff-selected Penguin paperbacks shelved on the walls behind. Quirky, perhaps, but each detail will not soon be forgotten. If lucky enough (rooms fill fast), book your stay over a weekend. Waking up to the chimes of The Church Of St. Paul’s on a Sunday is glorious.

Where to eat: London is truly a cornucopia of culinary delights. Get your fill of bangers and mash and other traditional English fare, but you would be remiss not to tempt your taste buds with the hodgepodge of cross-cultural cuisines from France, Morocco, India and Asia. Saddle up to the table, here’s our faves:

If you haven’t yet heard of Sketch, where, pray tell, have you been? Without question: dine here once, dine here countless times again. For a moment, let’s digress on the salacious décor as it is so, so worthy. Mix one part Salvador Dali with two-parts
Alice in Wonderland and you are met with this sprawling 18th-century, two-level brasserie that is such a surreal mind-maze sober, you will wonder why people would ever want to trip out artificially again. The unisex washrooms are reminiscent of an Easter egg hunt gone horribly awry. Bulbous “eggs” are retrofitted into private toilets while, once opened, have a floating female apparition languidly whispering German in your ears. Wait, there’s more: The Gallery (otherwise known as the central dining area) looks more like a tricked-out psych ward with its white leather padded walls and continuous black and white movie projections than a Michelin-starred restaurant. But, rest assured; nothing is absurd about French chef Pierre Gagnaire’s culinary vision. For a moment, forget the Victoria Beckham-worthy prices (while the staff is mum on the star sightings, she has been rumoured to have dined here) and instead swoon over velvety Parsnip Velouté with Chestnut Cream; bright Barramundi Ceviche with Shavings of Jelly and Fresh Coconut, and to finish, the “Napolean”: Vanilla Mille-Feuille with Fig Jam, complimented by their in-house sommelier’s suggestion of Pommery Springtime rosé.

To check out the city’s best looking scensters, grab a seat at
The East Bar; literally a cavernous hole in the ground, albeit a chic one, where equally as adorable bar staff expertly mix you that martini.


Hit Camden Town on the next page …

Awarded by
Restaurant Magazine as one of the “Top 100 Restaurants in the UK” (2008), Le Café Anglais is the antithesis of Sketch. Clean, modern and elegant, this French bistro – with its curved ivory leather banquettes and crisp white linens – is a nod to art deco design with a distinctive Parisian flair. The crowd, a mix of business-types and ladies who lunch, gives the restaurant a nice buzz; a mood further enhanced by sipping the house’s signature Campari and soda cocktail. The carefully curated menu offers your palette beautifully balances dishes like the Seared Mackerel with Gooseberry Sauce and Chocolate Soufflé with Pistachio Ice Cream. The service is impeccable: You feel as comfortable as home; that is, if your home were fit for the Queen.

San Francisco’s Haight Ashbury, New York’s Greenwich Village and Toronto’s Kensington Market have got nothing on London’s inner-city district Camden Town. The village is a heady mix of hippies, artists and indie musicians, so it comes as a bit of a surprise when you stumble upon the monolithic restaurant that is Gilgamesh. A 15,000 square foot space is not easily filled, but the house has managed to cover every inch with Babylonian references; from the marble pillars inlaid with Lapis and Mother of Pearl to the friezes adorning the walls and the hand-carved tables decorated in rich fabrics; all this to appease the Mesopotamian god in which the restaurant is dedicated to. Head chef Ian Pengelley serves up his take on Pan-Asian cuisine. Sushi is their signature, like their mouth-watering Crispy Tuna and Spicy Spider, but their house dishes are really where its at: Grilled Foie Gras with Miso Daikon and Crispy Duck with Fresh Plums. The cocktail menu is just as opulent. Our favourite? The Caipirinha of Fire: A mind-buzzing mix of Cachaca, Fresh Raspberries, Lime and Chili. Cheers!

There is VIP, and then there is Eight Moorgate. Set over two floors, including 150 metres of wrap-around terraces, this über-exclusive club is near impossible to find, and even harder to get into. A members-only society (rates start from £800, per month), the facility is as slick as the clientele it caters to. City stock market traders mix and mingle with A-list celebs, while the Veuve and the flirting is a-flowing. Memberships always have its perks: Eight members can book a “Bespoke Dinner” with guests (you are granted 3 guests, per visit, so choose wisely) whereby the head chef and sommelier create a feast of Peppered Venison and Cabbage with a Gevrey-Chambertin Vielles Vignes.