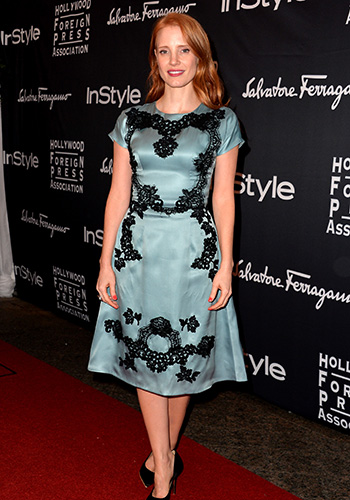 The real show at TIFF starts after the films have had their premieres. This is your insider’s guide to the parties (and after-parties) where deals are done, successes are toasted, and celebs let their hair down. You never quite know who’s going to show up (and who’ll be making out in a dark corner), but here are our predictions for the fetes that are sure to be a star-spotting good time.

Canadian Filmmakers’ Party
When and Where: First Wednesday night at the Spoke Club
Why it’s hot: This bash kicks off the party in true Canuck style—not only does it set the tone for the rest of the fest’s fiestas, it’s also a great way to remind ourselves that although the city will be awash in international big names, we are in Toronto, and we’ve got a lot of great local talent to celebrate.
Who could be there: Host Ben Mulroney, patriotic directors and actors

Instyle & HBFA party
When and Where: Saturday night at the Windsor Arms Hotel
Why it’s hot: This is a prime opportunity for some star mingling, since it’s not thrown for a specific movie. It’s also the first Saturday night of the fest, which means stars are in the mood to party.
Who could be there: Pretty much anyone who’s at TIFF—from Keira Knightley to James Franco and Chris Evans.

The Riot Club after party
When and Where: Saturday night at Colette
Why it’s hot: This party for this ultra-stylish movie is hosted by Hugo Boss, which equals one swank soiree.
Who could be there: Douglas Booth, Holiday Grainger

No 8
When and Where: Saturday and Sunday night at the Thompson Hotel
Why it’s hot: It’s pretty much a pop-up version of hot nightclub, Bungalow 8. Who could be there: Benedict Cumberbatch, Reese Witherspoon, Rosamund Pike, Amanda Seyfried

Maps to the Stars after party
When and Where: Tuesday night at C Lounge
Why it’s hot: This is the after-party for one of the biggest films of the fest, so anyone who’s anyone in the biz is going to try and get past the bouncers.
Who could be there: Robert Pattinson, Julianne Moore, Sarah Gadon

Entertainment Weekly “Must List” party
When and where: Saturday night at the Thompson Hotel
Why it’s hot: The Emmy’s party EW held last week was one of the night’s best, so there’s recent precedent for a good time. It’s also a cross-studio, cross-film event, which means an eclectic and exciting guest list.
Who could be there: Steve Carell, Eddie Redmayne, Jake Gyllenhaal, Tina Fey

Netflix party
When and where: Sunday night at Brasaii
Why it’s hot: Coming off seven Emmy wins, you know the folks at this next-gen movie machine are able to throw a good party.
Who could be there: Anyone looking for a meaty, dramatic TV role!