Canada’s taking over YouTube, one channel at a time. Start watching these digital darlings, now! 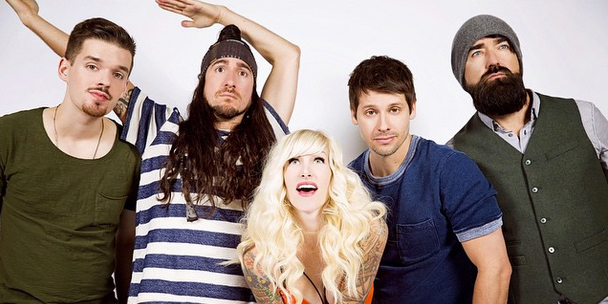 Subscribers: 620
Channel Type: Beauty
A beauty vlogger who creates expert how-to videos from how to get the best smoky eye to how to bronze and contour like a pro, Marisa Roy is one of Canada’s rising YouTube stars. Plus, she’s ELLE Canada’s newest beauty vlogger. Check out her newest video here!

Subscribers: 611,605
Channel Type: Cover Songs
A successful musician and the best cover artist around, Daniela has tackled songs by the likes of Beyoncé, Radiohead, and Norah Jones. Her cover of Gnarles Barkley’s “Crazy” was even featured on the popular TV show Suits and made it on the iTunes Top 100 chart.

Convos With My 2 Year Old from Vancouver, British Columbia

Subscribers: 768,655
Channel type: Comedy
Tune in each week for an episode of Matthew Clarke reenacting a conversation with his 2-year old daughter. The catch? His daughter is played by a full-grown man (aka David Milchard).

Subscribers: 1,054,071
Channel type: Cooking & Lifestyle
Got a sweet tooth? Jenn Johns (known as Cookies Cupcakes and Cardio) has you covered. Find out how to make candy stuffed peanut butter cupcakes or how to make an M&Ms Oreo Ice Cream cake (!!).

Subscribers: 1,553,994
Channel type: Beauty & Hair
Bebexo (aka Nee) is all about hair—think knotted ponytails, twisted sock buns and braids (lots and lots of braids)! Expect to find how-to-tutorials, DIYs, giveaways, hair challenges and as a bonus, she loves asking her followers what they’d like to see next.

Walk Off The Earth from Burlington, Ontario

Subscribers: 2,080,121
Channel type: Cover songs and music
After they released their cover of Gotye’s “Somebody That I Used to Know,” Walk Off The Earth became an overnight (Internet) sensation. Blending alternative, reggae and rock, they’ve gone on to major “offline” success—their EP R.E.V.O. was nominated for a Juno, and “Rule the World”, off their latest album Sing It All Away, is getting major radio time this summer.

Subscribers: 2,465,945
Channel type: Nail art
Sandi Ball created Cutepolish and is a part of StyleHaul, a beauty and fashion network with more than 172 million subscribers. Starting her channel so she could obsess over nail art all the time, her how-to videos help fans expertly navigate designs from intricate panda bears and Star Wars Stormtroopers to ombré, tie-dye and monochrome patterns.

Subscribers: 5,800,945
Channel Type: Comedy
Lilly Singh, aka Superwoman, is all about making you laugh. Poking fun at relationships, her family and social stereotypes. Singh has collaborated with Humble the Poet, performs spoken word, dabbles in rap (look for her in the Indo-Canadian production Dr. Cabbie) and has toured Canada, India, Australia, and Hong Kong as a standup comedian.