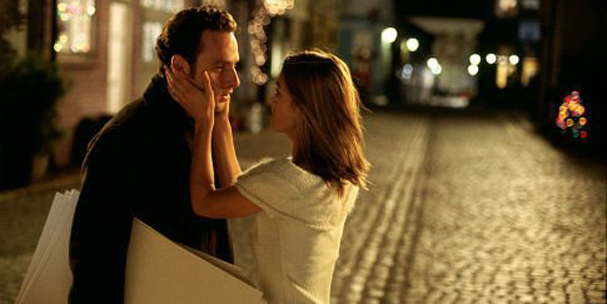 Holiday movie: The Santa Clause
Tim Allen may just be the unsung St. Nick of yore, and Scott Calvin’s initially feisty resistance to becoming the man in the red suit—to his inevitable transformation to smug bearer of holiday cheer— is part of why we loved this comic’s crusty Santa, even as kids.
Best line: Bernard: “Excuse me. Are we on a coffee break?” Kid Elf: “We don’t drink coffee.” Bernard: “THEN I GUESS THE BREAK IS OVER! Back to work. Thanks.”
Favourite character: Bernard (that was a unanimous team EC decision).

Holiday movie: Elf
The perennial tale of man’s quest for self-discovery, except that man is an elf and there’s hardly a scene in the film where you don’t want to scoop him up and sing Christmas carols together to make everything well and magical in the world.
Best line: Buddy: “This place reminds me of Santa’s Workshop! Except it smells like mushrooms and everyone looks like they want to hurt me.”
Favourite character: Buddy (Will Ferrell at his cuddliest peak)

Holiday movie: How the Grinch stole Christmas!
This 1966 made-for-TV cartoon movie so perfectly adapted Dr. Seuss’s beloved and rhyming storybook to a catchy musical score.
Best line: Narrated in the chorus, as directed to the Grinch: “Your soul is an appalling dump-heap, overflowing with the most disgraceful assortment of rubbish imaginable, mangled up in tangled up knots!”
Favourite character: Max, the Grinch’s loyal dog

Holiday movie: Love Actually
Now it’s tenth anniversary, the London-set six-degrees-of-romantic-separation-style film has garnered a highly divisive audience (those who love it have rendered it a holiday classic, and the rest well, aren’t so jolly). Either way, it’s a charming insight into the many facets of love over the season, which sometimes involves Hugh Grant.
Best line: Bill Nighy as a washed-up rocker: “Hiya kids. Here is an important message from your Uncle Bill. Don’t buy drugs. Become a pop star, and they give you them for free!”
Favourite character: Mark (Andrew Lincoln). Because any futile proclamation of love—even if it’s to your best mate’s wife—is still a proclamation of love. Awww!

Holiday movie: The Holiday
Because what else do you do when your love life is in the slumps during the holidays? Hop across the pond and try your luck with a better-accented fellow.
Best line: Graham (Jude Law): “I have a cow and I sew. How’s that for hard to relate to’?”
Favourite character: Jack Black’s Miles for making us believe in (and fall for) a romantic Jack Black.

Holiday movie: It’s a Wonderful Life
The great piece of classic cinema that taught us what really happens every time a bell rings, and never fails to restore our faith in the underdog—and humanity—every Christmas eve.
Best line: George Bailey (Jimmy Stewart): “Well, you look about the kind of angel I’d get. Sort of a fallen angel, aren’t you? What happened to your wings?”
Favourite character: That wingless guardian angel, Clarence. No question.

HOLIDAY ETIQUETTE 101: How to be the perfect guest — and host

Holiday movie: A Christmas Story
The classic Christmas film that taught us about life (never stick your tongue on frozen telephone poles), survival (how to not shoot your eye out) and love in inexplicable forms (for a high-heeled leg lamp).
Best line: Ralphie’s mom, teacher, Santa, whenever he asks for a B.B. gun for Christmas: “You’ll shoot your eye out!”
Favourite character: Ralphie’s dad, Old Man Parker.

Holiday movie: National Lampoon’s Christmas Vacation
The classic screwball family Christmas flick that was way too inappropriate to watch as kids, but we grew up watching anyway.
Best line: Ellen (Beverly D’Angelo): “I don’t know what to say, except it’s Christmas and we’re all in misery.” (Thanks, mom.)
Favourite character: Clark (Chevy Chase) for not even trying to hold it all together while everything around him falls apart.

Holiday movie: Home Alone (1 and 2)
On the surface, it may seem that Kevin McAllister (the ever-adorable Macaulay Culkin) is repeatedly forgotten by his family over the holidays. But it’s how they always eventually find their way back to him that makes these classic Christmas movies a testament to the power of familial love. Sort of.
Best line: Linnie McAllister: “You know, Kevin, you’re what the French call les incompetents.” Family.
Favourite character: It’s a tie but those Sticky Bandits, Harry (Joe Pesci) and Marv (Daniel Stern) won our hearts from their first break-in.