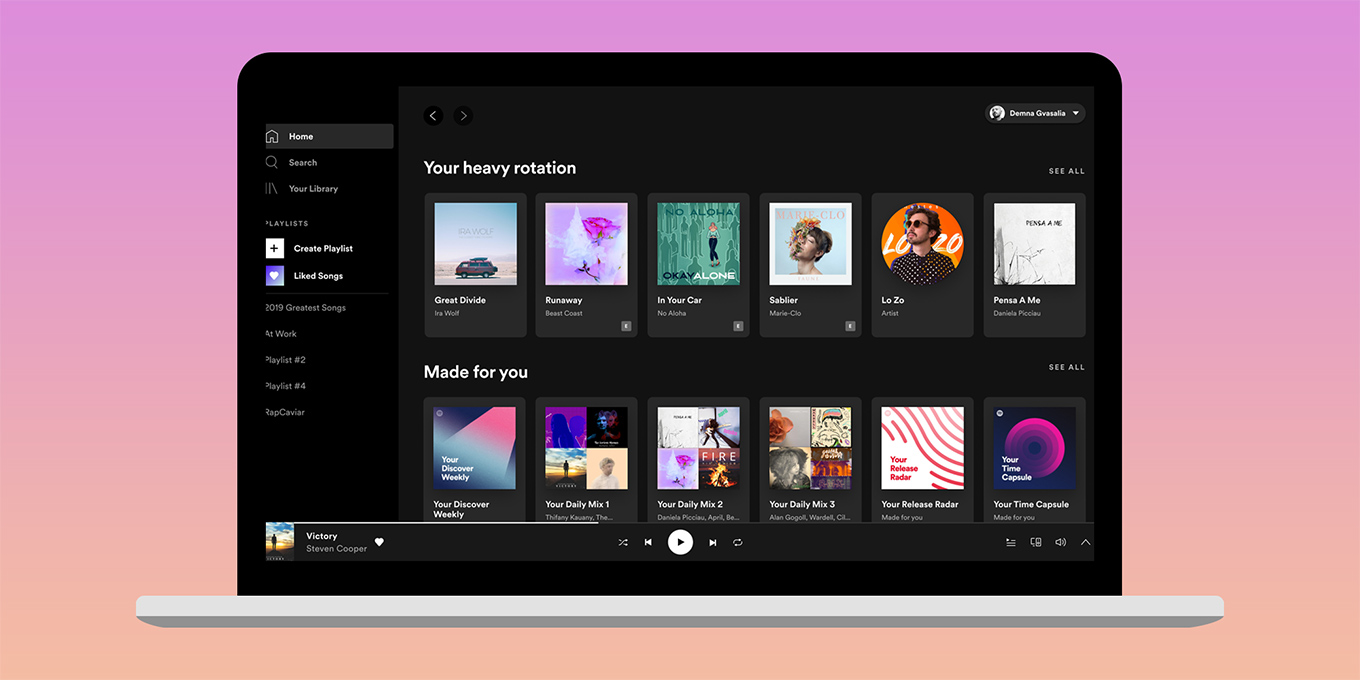 Have you been searching for the perfect playlist to listen to while tending to your vast array of succulents or working through your adult colouring books? As we continue to social distance during the coronavirus pandemic, it turns out you are most definitely not the only one searching for a seemingly niche playlist.

Spotify has unveiled their social distancing trend report, featuring data recorded between April 17 and May 17 (i.e. peak quarantine times). The results are pretty telling about users’ hobbies, interests and lifestyles during isolation.

Most prominently, as many have been converting their living rooms into home offices, the streaming service has reported a 1,400 percent increase in working-from-home-themed playlists (compared to the first ten days in March). Unsurprisingly, the most popular song added to work from home playlists is “Work from Home” by Fifth Harmony, along with “9 to 5” by Dolly Parton and “Boss Bitch” by Doja Cat.

Homeschooling playlists are also a thing; there has been over a 1,000 percent increase in searches for soundtracks that can be played during the school day. Many TikTok music favourites are included in those, such as “Supalonely” by BENEE and Gus Dapperton and “Don’t Start Now” by Dua Lipa.

When it comes to podcasts, crafting themed ones are reigning supreme. “Just Wanna Quilt” has seen a 125 percent increase in streams and “WeCrochet” has increased more than 60 percent in streams.

Of course, domestic activities such as cooking, cleaning and gardening-themed playlists have seen an increase in listeners as well (120, 40 and 430 percent rises respectively). Banana bread is the most popular food-themed playlist search right now, with songs including “Banana Pancakes” by Jack Johnson, “Watermelon Sugar” by Harry Styles and “Sugar” by Maroon 5.

Those with green thumbs are streaming apt songs for the garden: “Gardening at Night” by R.E.M., “Avant Gardener” by Courtney Barnett, “Mr. Blue Sky” by Electric Light Orchestra and “Sunflower” by Post Malone and Swae Lee. And if you are tidying up, you don’t need an excuse to stream “No Scrubs” by TLC. Cleaning classic.

Finally, hair dyeing playlists, which have seen a 50 percent increase in streams, probably have the most eclectic (and somewhat cryptic) song selection. “Complicated” by Avril Lavigne, “Sugar We’re Going Down” by Fall Out Boy, “Stressed Out” by Twenty One Pilots, and “High Hopes” by Panic! At The Disco are on several themed playlists…so do with that information what you will.

You can find the full list of stats here on Spotify’s blog. Happy streaming!