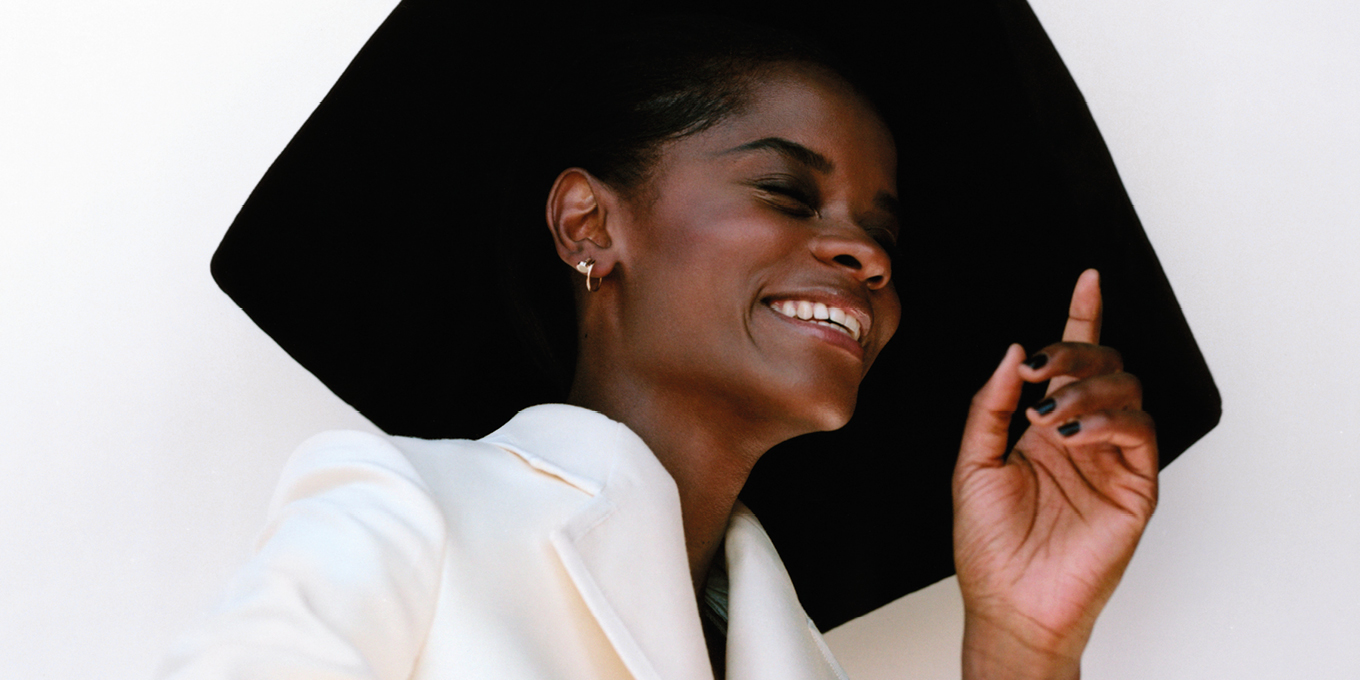 When I speak with Letitia Wright,

the 27-year-old actor is hanging out in her flat in North London, England, doing her laundry. She has mostly kept busy during lockdown setting up her own production company, Threesixteen Productions. It is, she tells me, her way of creating roles for those who don’t often get a seat at the table.

“It’s an opportunity to create the roles that I didn’t see for Black women and men and Asian people,”

she says in her soft, comforting tone after we talk about our shared Guyanese heritage like old friends. If you don’t know Wright, you will undoubtedly recognize her. She is one of the stars of Black Panther, Marvel’s runaway 2018 box-office hit, which quickly made her a face for Black girls everywhere to look up to. Wright tells me that she has turned down roles in massive Hollywood productions because they didn’t feel quite right. She is a rarity in that sense: Not every actor is able to maintain a steady sense of integrity when they make it big in Hollywood. But for her, it has paid off, taking her from small-screen appearances on British TV (including a particularly hard-hitting season finale of Black Mirror) straight into the heart of Hollywood. 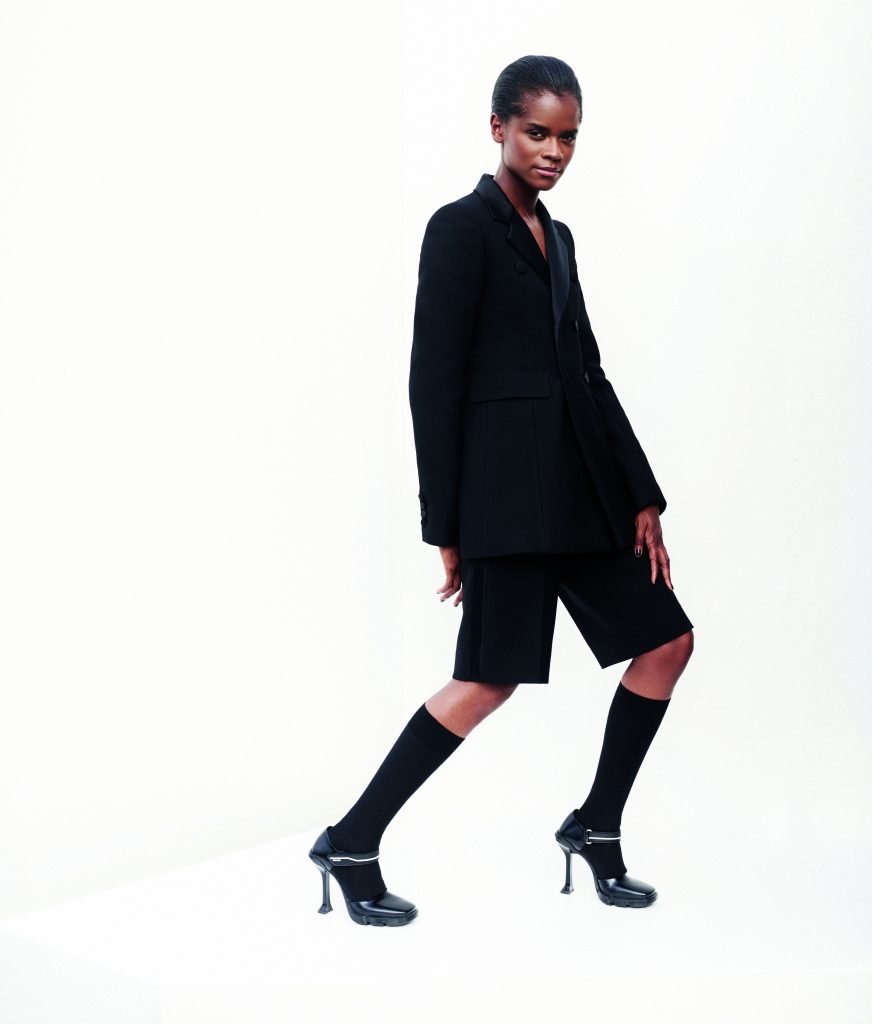 In Black Panther, which eventually took in over $1.2 billion worldwide, Wright played the role of Shuri, a princess in the fictional kingdom of Wakanda. It was a life-changing role, catapulting her into the realm of celebrity, where even a supermarket can become a minefield. “They’re like, ‘Yo, I swear that’s my girl from Black Panther!’” she says. People still show her their “Wakanda arms”—the now iconic stance of arms crossed over chest—a signal of soli- darity and Black power. 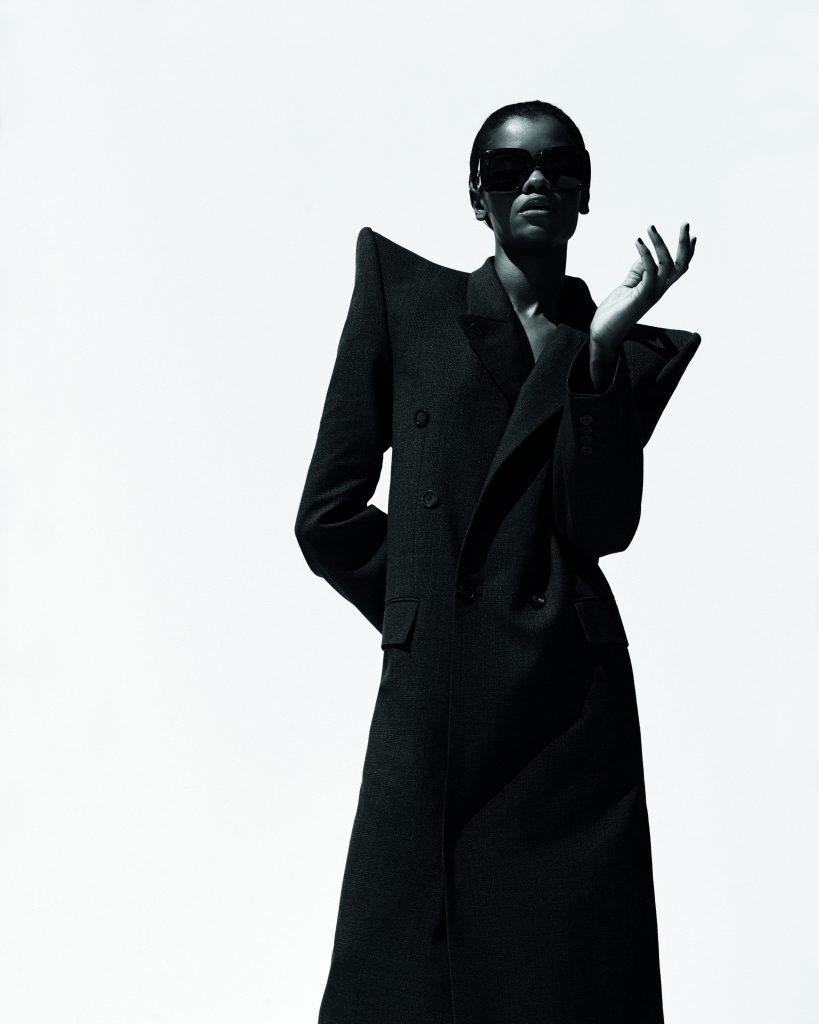 I saw Black Panther when it was first released, but it was another project that Wright did that year that stood out for me. She starred in The Convert, a play written by fellow Black Panther star Danai Gurira about the story of Jekesai, a young woman who finds herself having to convert to Catholicism after fleeing a forced marriage.

It turns out I wasn’t the only one blown away by her talent that winter— Kenneth Branagh also went to see The Convert and was struck by Wright’s performance. “I used to watch him and Denzel Washington in Much Ado About Nothing,” says Wright. “He’s a bad-boy actor, so for him to come to the play was amazing. It opened the gate for me to get another role, which is a blessing.” She’s talking about Death on the Nile, the Agatha Christie thriller about a murder on a luxurious cruise, starring everyone from Annette Bening to Gal Gadot and directed by Branagh himself (who also reprises his role as Hercule Poirot).

Being back on a big Hollywood set at the end of last year to film Death on the Nile was a gear shift after a summer spent filming Steve McQueen’s Small Axe, an upcoming series for the BBC and Amazon Prime Video comprising five films that follow London’s Caribbean communities from the late 1960s to the mid-1980s. The title of the series is based on the proverb “If you are the big tree, we are the small axe,” meaning that even the most marginalized of voices can have transformative power. 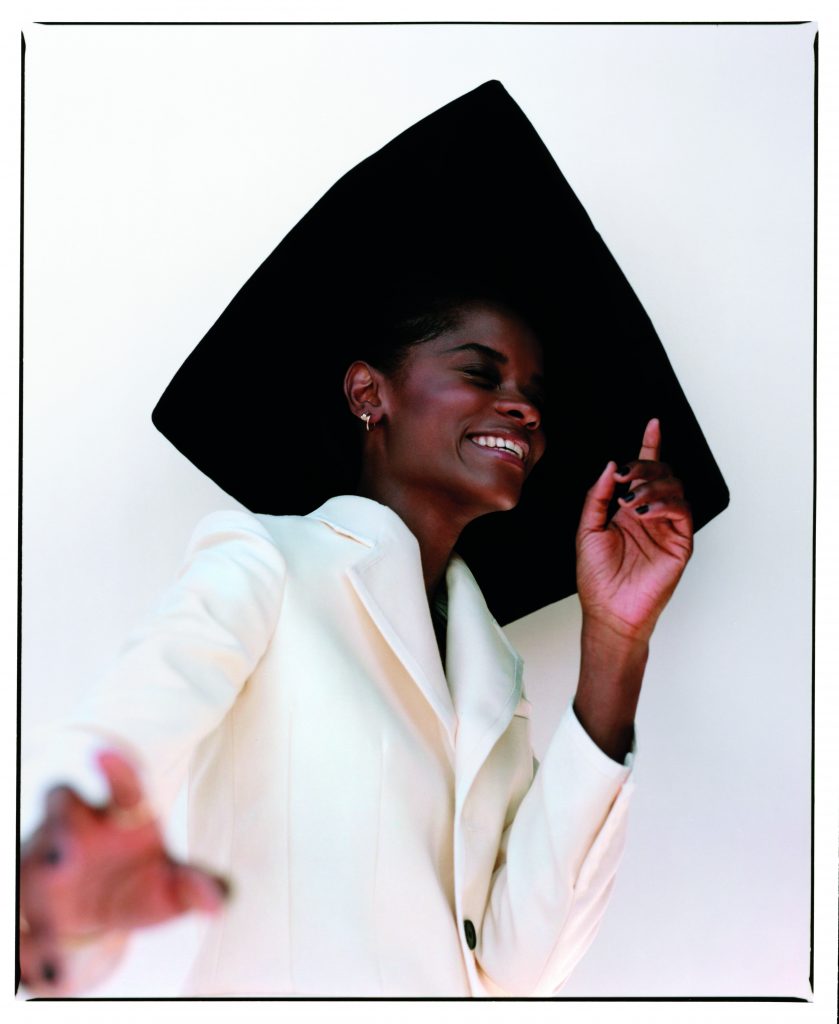 Wright’s interest was piqued by the project as soon as it was announced; after all, she moved to the U.K. from Guyana at age seven, so Caribbean culture plays a huge role in her identity. When she eventually met McQueen, the director, in London, she asked when she’d have to officially audition. “He was like, ‘You just did. I’ve seen your work and I think you’re phenom- enal,’” she says. “He said that was how he worked with all his main actors

Michael Fassbender was the same—they met and they vibed. I remember thinking ‘He’s an Oscar-winning director. How is he not going to audition me?’ I tried to act cool about it…. I am thankful for all the years of saying no to certain things and all the years of sticking to my integrity; [now there are] projects that speak to me.”
The timing of Small Axe felt particularly meaningful. “Preparing for it, doing it, giving all that you can to it—and then you get to 2020 and you’re like, ‘Hold up a minute, this is happening again,’” she says. “People aren’t going out to protest because they want to. It’s aggravation after aggravation.”

Amid all the buzz around her new films, Wright recently tweeted some ominous messages about the industry, including: “Now I understand why some folks do the work and dip right away. This industry can be so fake at times. Can’t be around that energy for too long.” I ask whether the tweet touches on the idea that because there historically hasn’t been enough space carved out for Black women, some people have the mentality that there’s only space for one of us. Wright agrees. “It’s sad, and it hurts,” she says. “But the funny thing is [you can] actually step aside from that mentality and go, ‘No, there’s space for all of us [to succeed]; we just have to keep building a wall.’ The bricks at the bottom have to be laid first before the bricks on the second row can be laid…. Then, soon, you have a wall,” she explains, before admitting: “Yes, I stole that from Will Smith. I’ve listened to that since I was 16, but he has a point: We have to be bricks; we have to be that solid foundation for each other, or else what’s the point?”

Find the full interview in the latest issue of ELLE Canada — out on newsstands now — or read it in the digital issue. You can also subscribe for the latest in fashion. 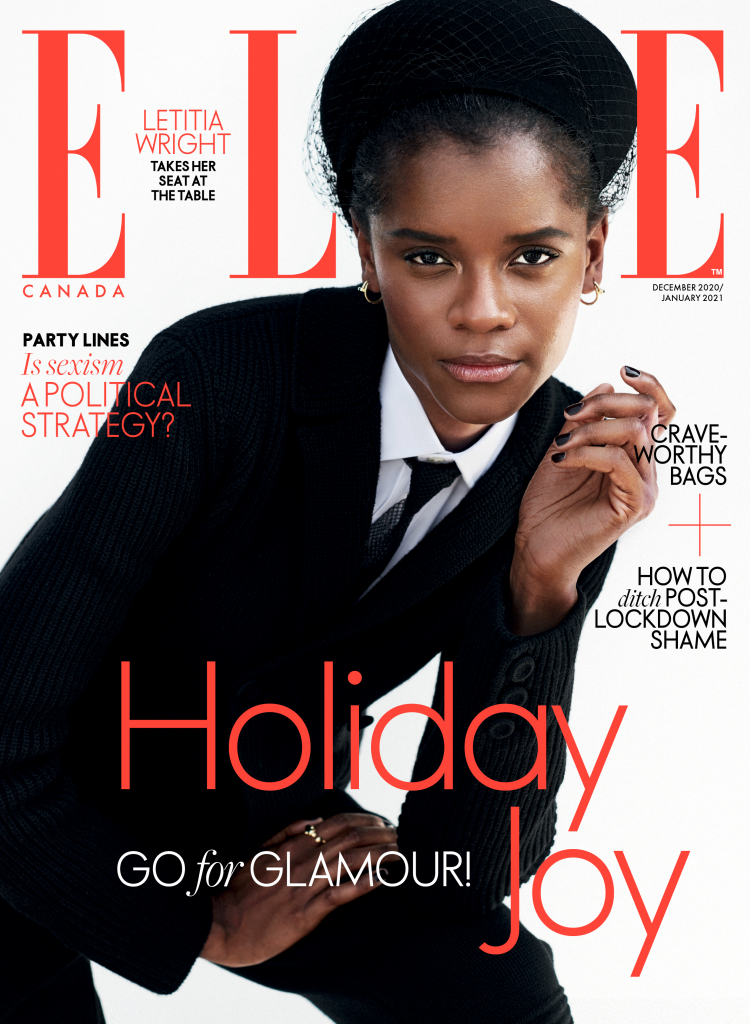