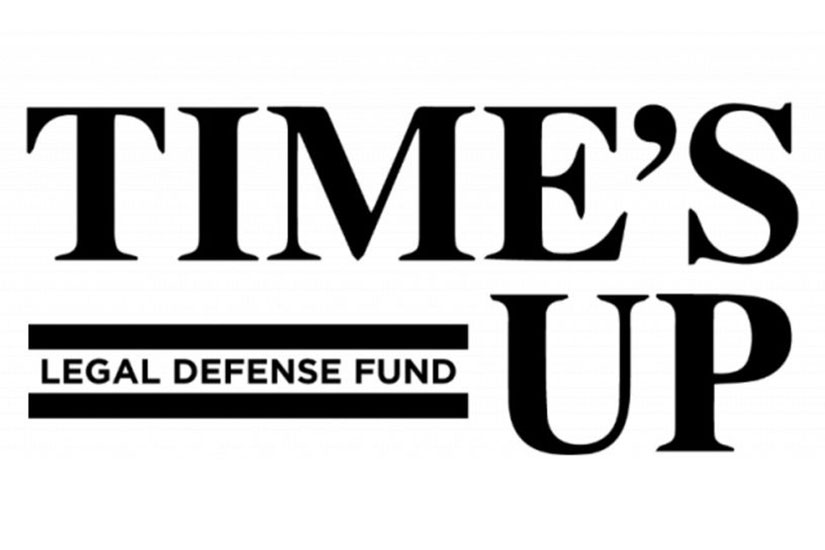 Despite just launching, the TIME’S UP campaign has already made a big impression worldwide. As well as securing support from over 300 award-winning actors, directors, and producers, like Jessica Chastain, Reese Witherspoon, Shonda Rhimes, and Eva Longoria, the campaign has also raised a lot of money for the TIME’S UP Legal Defense Fund.

TIME’S UP was set up in the wake of 2017’s widespread sexual abuse allegations in Hollywood, and as the campaign’s website states, it “addresses the systemic inequality and injustice in the workplace that have kept underrepresented groups from reaching their full potential.” An important part of achieving equality in the workplace for women everywhere will be the Legal Defense Fund. Whatever industry a person is working in, they deserve legal and financial support to fight back against sexual assault, abuse, and systemic inequality.

The clock’s been ticking on the abuse of power. Stand in solidarity with women across every industry to say #TIMESUP on abuse, harassment, and assault. #TIMESUP on oppression and marginalization. #TIMESUP on misrepresentation and underrepresentation. Sign the solidarity letter and donate to the #TIMESUP Legal Defense Fund. Link in bio.

Already, the TIME’S UP GoFundMe campaign has reached its initial $15 million target, and is well on its way to hitting $16 million dollars in the next few days.

As the TIME’S UP GoFundMe campaign states, the money raised “will provide subsidized legal support to women and men who have experienced sexual harassment, assault, or abuse in the workplace and while in pursuit of their careers.”

Alongside the plan to wear black to the Golden Globes tonight, actors on the red carpet will also be wearing the specially designed TIME’S UP pin, to raise awareness of the campaign.

Join us in saying #TIMESUP to the world. #WHYWEWEARBLACK

According to The Hollywood Reporter, it was Reese Witherspoon who approached costume designer Arianne Phillips “to design the pin during a private meeting last month at CAA where the TIME’S UP initiative was hatched.” While only those involved in the campaign will be wearing the pins for now, that may change in the future as TIME’S UP gains more recognition.

Celebs including Tracee Ellis Ross, Reese Witherspoon, Kerry Washington, and Rashida Jones thanked everyone who has donated to the fund so far in the most perfect Instagram video:

WE STAND WITH YOU ~ the women across the globe who have suffered discrimination and abuse because of the imbalance of power. swipe to watch full video. post pics and videos wearing black tomorrow with the hashtags #TimesUp and #WhyWeWearBlack, and tell us why you wear black and we’ll share! @timesupnow @reesewitherspoon @rashidajones @brielarson @kerrywashington @tessamaethompson