After pulling out of uneven bars, vault, and floor finals, the GOAT finished the games with a bronze in balance beam. 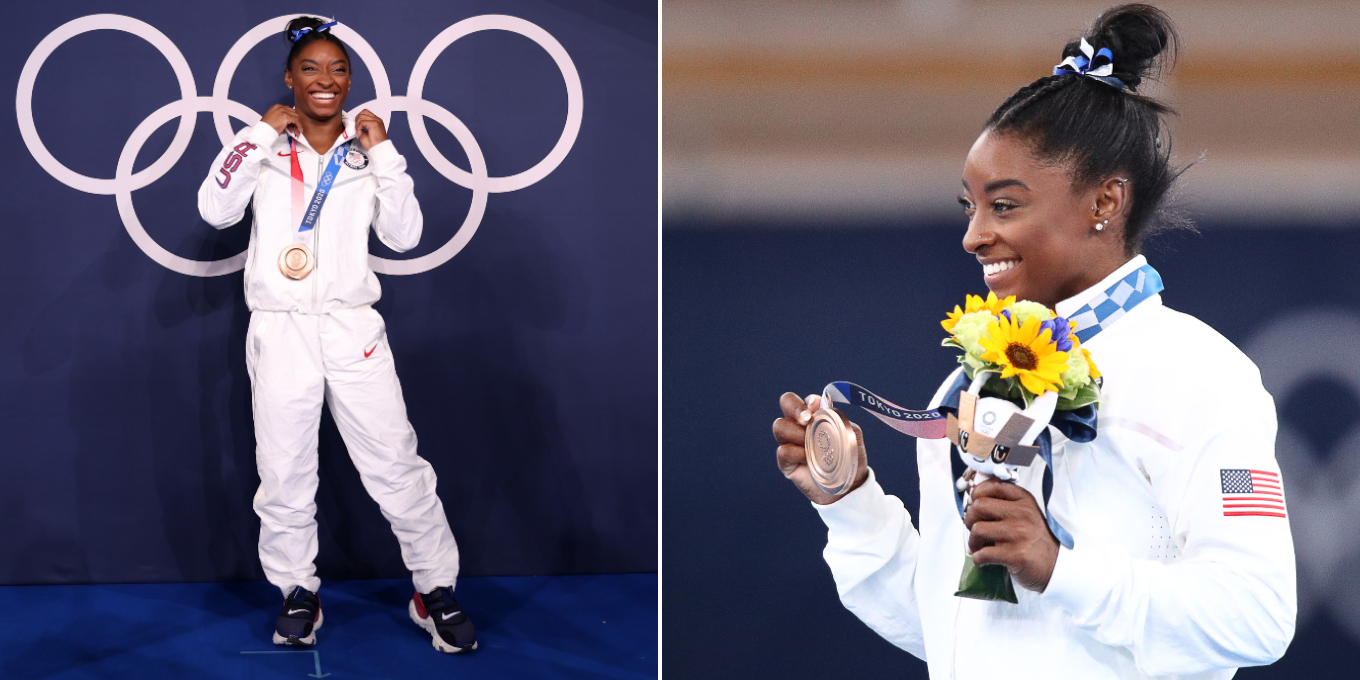 Simone Biles returned to the Olympics with a strong finish on Tuesday, winning bronze in the balance beam finals. Biles shocked the world last week when she decided to pull out of the team event finals at the Tokyo Olympics and then withdrew from the individual all-around competition, as well as the vault, uneven bar, and floor finals, in order to focus on her mental health.

During the team finals, the 24-year-old gymnast left the competition floor after performing an uncharacteristically faulty vault and was seen by Team USA’s medical trainer, according to People. USA Gymnastics released a statement saying that Biles had withdrawn “due to a medical issue” and Biles’ coach told NBC, “Physically she is fine. But she is done for the night.”

Biles then stayed to cheer on her teammates Suni Lee, Jordan Chiles, and Grace McCallum for the rest of the competition. Ultimately, the U.S. women’s team took home silver, while the Russian Olympic Committee took gold.

After team finals, Biles spoke with reporters, saying she was “dealing with things internally that will get fixed in the next few days,” according to BBC Sport. Callie Caplan, an Olympics reporter for Dallas Morning News, tweeted that Biles said she decided to “take a backseat” on Tuesday to “work on my mindfulness.” Biles later explained on her Instagram Story that she was experiencing the “twisties,” a mental block that makes it difficult for gymnasts to understand where their bodies are in the air. “For anyone saying I quit, I didn’t quit, my mind and body are simply not in sync…” she wrote on Instagram. “I don’t think you realize how dangerous this is on a hard/competition surface.”

When Biles chose to withdraw from the individual all-around competition, USA Gymnastics released a statement that said: “We wholeheartedly support Simone’s decision and applaud her bravery in prioritizing her well-being. Her courage shows, yet again, why she is a role model for so many.”

After further medical evaluation, Simone Biles has withdrawn from the final individual all-around competition. We wholeheartedly support Simone’s decision and applaud her bravery in prioritizing her well-being. Her courage shows, yet again, why she is a role model for so many. pic.twitter.com/6ILdtSQF7o

With Biles out of the competition, Lee took home gold in the women’s individual all-around gymnastics final and became the first Hmong American to win an Olympic gold medal. Team USA’s MyKayla Skinner was able to step in for the vault finals, where she won silver, while Team USA’s Jade Carey took gold in floor.

Biles then made her return on Tuesday in the balance beam finals, where she competed alongside Lee. With a score of 14.000, Biles took home bronze, telling the Today show’s Hoda Kotb that the medal “means more than all of the golds because I’ve pushed through so much the last five years and the last week while I’ve even been here.” (Biles was able to alter her beam routine so she didn’t have to twist and finished with a double-pike dismount.) With her new hardware, Biles has now earned seven career Olympic medals, tying Shannon Miller as the most decorated U.S. Olympic gymnast of all time. During the 2016 Rio Olympics, Biles also won bronze in the beam finals and gold in the team event and individual all-around, as well as floor and vault finals. 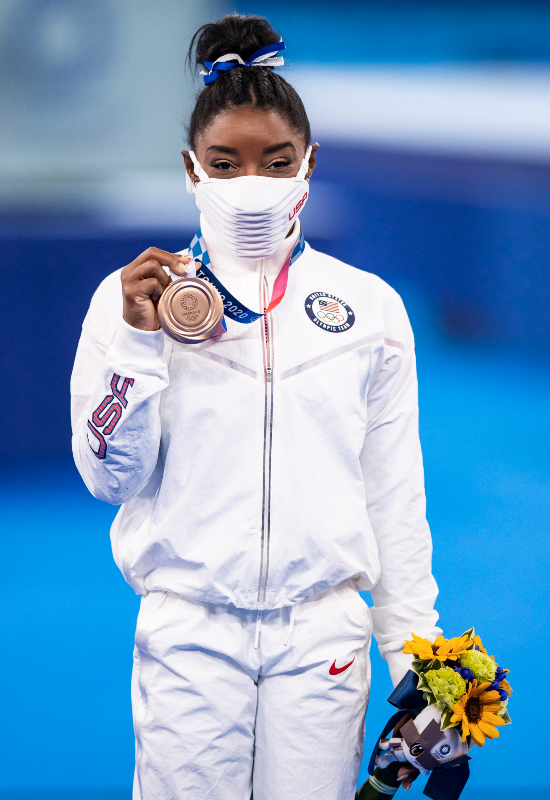 It’s unclear whether we’ll ever see Biles in an Olympic games again. But no matter what she decides to do with the rest of her career, one thing is certain: By prioritizing her mental health and safety, and in turn encouraging other athletes to do the same, Simone Biles remains the greatest gymnast of all time.

We caught up with the pro figure skater to chat about his new videos shot on iPhone 13 Pro, how content creation changed his life and the celebs he’d like to backflip over.