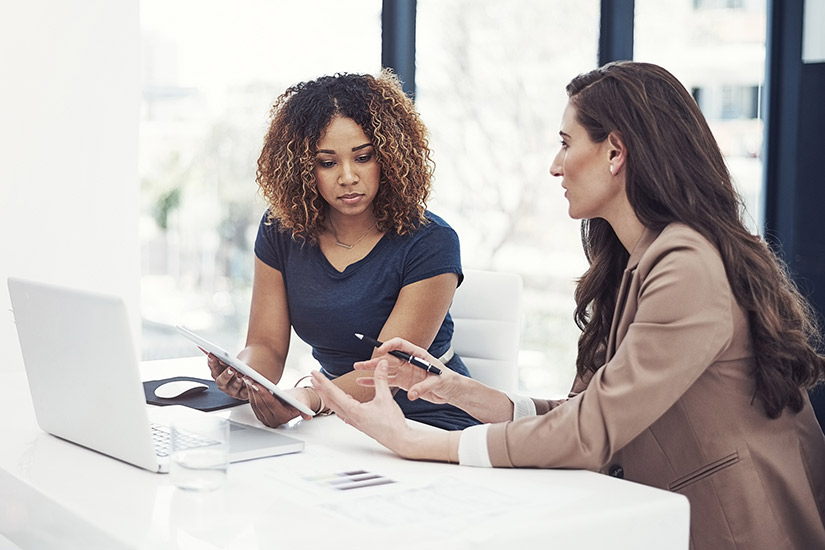 As a kid, I wanted to be a writer. But my parents, who immigrated to Canada from Jamaica, wanted me to find a stable job, so I studied science and started working in health care, doing everything from mental-health research to supervising group homes for adults with brain injuries. It was fulfilling but stressful, and I was soon burned out. “Do you ever look at your life and wonder how you got there?” asks Jennifer Lopez’s disillusioned character, Maya, in the new comedy Second Act (before—via an only-in-Hollywood twist of fate—the 40-year-old finds herself in a high-profile career). That was exactly how I felt.

In 2011, I began blogging as a stress reliever, and my posts eventually reached some editors who invited me to write for their publications. Before I knew it, I had a burgeoning side hustle. After a health scare brought on by work stress—a panic attack that I was convinced was a heart attack—I was ready to turn my part-time writing into a full-time career. Changing careers was scary, but there were some great examples of women who had done it before me: Filmmaker Ava DuVernay, fashion designer Vera Wang and master chef Julia Child all switched it up mid-career and found success in an entirely different field. (DuVernay was a publicist before she started directing in her early 30s, Wang was a Vogue editor for 17 years and Child wanted to be novelist.) So I kept writing and networking, and soon enough I was a full-time freelance writer. Here’s how you can make the shift to a new career path.

Don’t wait until you think you’re having a heart attack to make a change. Toronto-based career-strategy coach Cindy Harvey says most people consider new careers because they are burned out or feel that something is missing or they’re not making an impact. This last point is key: Many of us think we want jobs that make us happy, but research suggests that deriving meaning from your work can lead to greater satisfaction.

“Figure out what’s important to you in a career and employer and then prioritize those things,” says Kathryn Meisner, career coach and strategist. My income was more stable in health care but my fulfillment was not, so I had to make that more of a priority. To get where you want to go, you might need to factor in additional schooling. Can you fit night classes into your schedule? Maybe you’re worried about taking a risk as you get older. Do you know anyone who’s made a similar shift and can offer guidance? Your finances also might be affected. Can you adjust your spending or lean on a partner for support? Decide what’s important, and then make a plan.

Finding a job that fits your talents and interests rather than the other way around is one of the key pieces of advice in What Color Is Your Parachute? by Richard N. Bolles. Do this by identifying transferable skills: the things you do well that work across different environments and open up opportunities in areas you may have thought were off limits. Management skills such as supervising and negotiating are just as much a part of a stayat- home mom’s workday as a manager’s—and can be described accordingly in an interview.

Switching careers can be terrifying—and that’s okay. “Instead of shaming yourself or forcing yourself through fear, infuse the process with some self-compassion,” says Meisner. “Acknowledge that certain fears or blockers may come up. Plan for them—what will help you get through them?” I was so excited to write, but the fear of failure and the feeling that I lagged behind peers who had studied journalism were overwhelming. I continue to celebrate my achievements, no matter how small—and all of this helps keep me moving forward. “A big fear a lot of my clients have is a lack of confidence,” adds Meisner. “They think they need to be totally confident before taking action, but it’s actually the other way around—action is what builds it.”

The royal family have posted adorable photos of Archie to celebrate the milestone occasion.