Small talk: Are you too shy?

Being shy isn’t so cute when it can wreck your life. 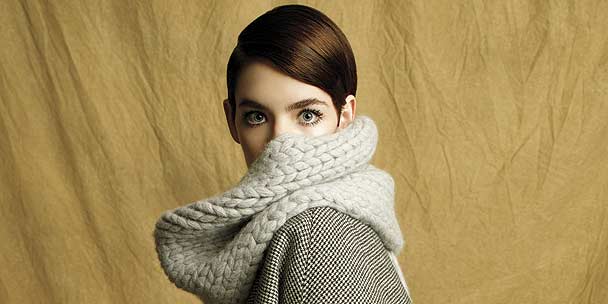 Poets may praise shyness — “The flower of sweetest smell is shy and lowly,” opined William Wordsworth — but shyness stinks. I should know: I’m a former shy girl myself.

I wasn’t born shy. I was rowdy and always seeking the spotlight until an unexpected move from my hometown of St. George, Ont. (population 1,000), to another small town (population 1,500) four hours away in my last year of high school took its toll. I sank like a stone in unfamiliar waters. I kept my head down in class and hid in the bathroom during the lunch hour, waiting until I got home to storm the fridge.

Moving to Toronto for university only made things worse. Too shy to raise my hand in class and too inhibited to make friends, I spent most of my time in the library, living vicariously through the novels and poems I was assigned to read. Even ordinary conversations would trigger a bizarre physical reaction: My voice would shake, and my T-shirts would be soaked in perspir­ation. I can still remember the look of alarm on one guy’s face — yes, he was cute — when I challenged myself to talk and make eye contact with him. Rivulets of sweat coursed down the sides of my face like watery sideburns as I struggled for composure. It was our first and last exchange.

It has been nearly a decade since that encounter and I still long for a do-over. It took years of practising yoga and forcing myself out of my shell, but the shaky voice and cold sweats are now things of the past. I’ve graduated to being a relatively-at-ease social performer.

If I had done a little research into shyness, I might not have felt so alone. According to the 2002
Canadian Community Health Survey: Mental Health and Well-being, more than two million Canadians aged 15 and older claim to suffer from “crippling shyness,” or social anxiety disorder, which includes fear of speaking in public, meeting new people, talking to authority figures or entering a roomful of people. According to the
Encyclopedia of Mental Health, symptoms of shyness include dry mouth, an accelerated heart rate, an inability to make eye contact, feelings of loneliness and a negative self-image. Controversy abounds as to where shyness ends and social anxiety disorder begins, but one thing is clear: The consequences of social anxiety dis­order are more severe and can often result in complete isolation.

Is shyness all about genetics? Find out on the next page …

Learn how to master the art of flirting through your phone

Think your guy is the one? Check out these 7 signs he’s a keeper

Phobic or not, there’s no doubt that many people experience painful bouts of shyness at some point in their lives. Dr. Jerome Kagan, a psychologist at Harvard University, found evidence of shyness even at the fetal stage, claiming that shy babies demonstrate sensitivity in the womb by exhibiting an increased heart rate in response to loud noises. And Italian researchers found that shy children are less able to read facial expressions accurately — an inability to de­cipher human emotion that may trigger the anxiety and fear centres of the brain. Most experts believe that shyness is the result of a dynamic interaction between genetics and the environment. A controlling or overprotective parent, a schoolyard bully, an insensitive teacher — all of these are factors that may elicit shyness.

Antidepressants are often prescribed to those who suffer from anxiety and depression, which can result from social isolation. While there’s no magic pill to cure shyness, the most effective treatment appears to be cognitive behavioural therapy (CBT), a form of psychotherapy that reverses negative thought patterns — the “I’m a loser” mentality common to many shy people. Researchers at the University of Toronto found that CBT can change brain activity, effectively derailing negative thought patterns in depressed patients.

Another treatment for shyness is social-skill-building exercises and exposure to feared situations. Many treatment centres offer a blend of CBT, social-skill building and exposure to feared situations to achieve the best results. It’s this integrated form of treatment that’s used at The Shyness Clinic in Palo Alto, Calif. The clinic was founded by pioneering shyness researcher Dr. Philip Zimbardo, who is now a research consultant at the clinic. For the first 13 weeks, patients work to build social confidence, change negative thought patterns and reduce anxiety by role-playing feared social situations in a group-therapy setting. During the second 13-week session, they practise making friends and deepening in­timacy through self-disclosure, building trust and handling conflict. Dr. Lynne Henderson, director of The Shyness Clinic and The Shyness Institute, has been studying shyness since the 1970s. She doesn’t believe that shyness is a disease or disorder; instead, she thinks it’s merely a matter of being out of social shape and can be remedied with “social exercise.” “If we don’t work out often, we’re not in good physical shape,” she explains. “Likewise, if we don’t socialize, it’s harder to be in good social shape. We need to practise.” Henderson says that after 26 weeks at the clinic, social anxiety, depression and shyness are reduced to normal levels for most patients.

Is being shy hurting your lifestyle? Find out on the next page …

Dating a dude? These 10 signs will tell you if  he’s mister wrong

Not everyone has an obvious reason for being shy. Twenty-nine-year-old Maggie*, a magazine photo editor based in Toronto, has always struggled with shyness. “I’ve been shy my whole life, and I think a lot of it was due to the fact that my mom was a very shy lady,” she explains. Maggie describes an episode of shyness as an out-of-body experience. “I feel kind of mentally gone, like a vacuum has replaced my brain,” she says. “It almost feels like a panic attack.” A university presentation still haunts her. “I totally lost it: nervous stomach, racing heart, overheating, shaking. By the time I finished my presentation, there was complete silence and my classmates were either looking down or giving me the most sympathetic looks.” As Maggie explains, “A negative self-evaluation is totally running the show — there is a level of self-involvement that’s unhealthy.”

After that disastrous seminar, Maggie began seeing a psychologist for six months. Therapy helped, but she was the one who had to make the personal effort to take chances socially — particularly when it came to dating. “Forcing that change was a huge shock to my system, but it was necessary,” she says. “I wasn’t dating the guys I wanted to date — just the ones it was easier to talk to.” Maggie has her shyness under control now (“On a scale of one to 10, I’m at two or three where I was once at seven or eight”), but she admits to keeping a naturopathic “rescue remedy” in her handbag just in case her nerves strike.

For 24-year-old Dylan*, it was leaving Vancouver to accept a new job in Toronto at a major sports network that resulted in a period of uncharacteristic shyness. “I literally didn’t know a single person,” he says. “It got to the point where I would come home on Friday and not leave the apartment until I had to go to work on Monday.” For the first time since he was a child, Dylan found himself struggling to turn stran­gers into friends — a process he likens to the white-knuckle world of dating.

“I remember looking at my phone and thinking ‘If I give him a call and suggest that we go to a baseball game…,’” recalls Dylan. “It was horribly embarrassing.” Formerly confident and outgoing, Dylan began to wonder, ‘Why would anybody want to be my friend?’” The angst of asking another guy out — even platonically — stands out as a marker of how timid he had become.

Now, nearly a year into his new life in Toronto, Dylan is slowly starting to feel more at home. He believes that a lack of social exercise exacerbated his sudden shyness, and he’s now committed to staying socially strong. Even professional socialites have had to overcome bouts of shyness. Co-founders of The Society — a culture club for the under-40 set in New York and Toronto — Amanda Blakley and Ashleigh Dempster are living proof of the virtues of regular social exercise: Both used to be shy girls. Blakley was “painfully shy” as a child, and Dempster says that she was “naturally shy.”

“The more I put myself out there, the easier it was to overcome,” says Dempster. “When we first started The Society, I would magnify every uncomfortable situation and awkward conversation. Now I don’t sweat the small stuff because it’s only me analyzing the dorky things I might have said. The truth is, most people are so consumed with their own insecurities and social anxiety that they aren’t noticing dorky things that come out of your mouth.”


Marriage check-list: Are you ready to say I do?

One man’s quest to pop the question