Young Rebel Set once stayed in a slaughterhouse while on tour in Austria. 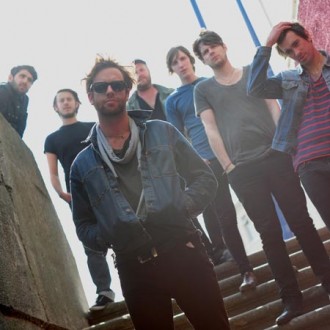 Young Rebel Set once stayed in a slaughterhouse while on tour.

The ‘Measure of a Man’ band have been all across Europe touring their brand of storytelling folk tinged pop – which has led to them visiting some particularly weird venues, although one night in particular sticks out for them – when they had to stay in a converted slaughterhouse.

Guitarist Andy Parmley told BANG Showbiz: “In Austria we played in a slaughterhouse, which was really, really creepy.

“We actually slept in it as well, which was quite strange. It was a little bit surreal but kind of fun, there were still meat hooks in a couple of the rooms.

“All they’d really done as converted it and put some new flooring in. It was this huge open room with the faint stench of dead cattle in there. It was very, very strange.”

He said that despite the unusual circumstance the seven piece group remained as unfazed as possible and played a good show.

Andy also admitted that as Young Rebel Set are a big group – he is joined in the band by Matty Chipchase, Chris Parmley, Mark Evans, Paddy Jordan, Luke Evans and Dave Coombe – things can get tight for space in the tour van.

He added: “For us we just hop in the van. We all fit in one van. It’s very tight and it absolutely stinks, but it does the job and gets us there – just about – so that’s the main thing.”

The band are currently putting the finishing touches to their debut album, which they hope to release next year, while ‘Measure of a Man’ is available now.