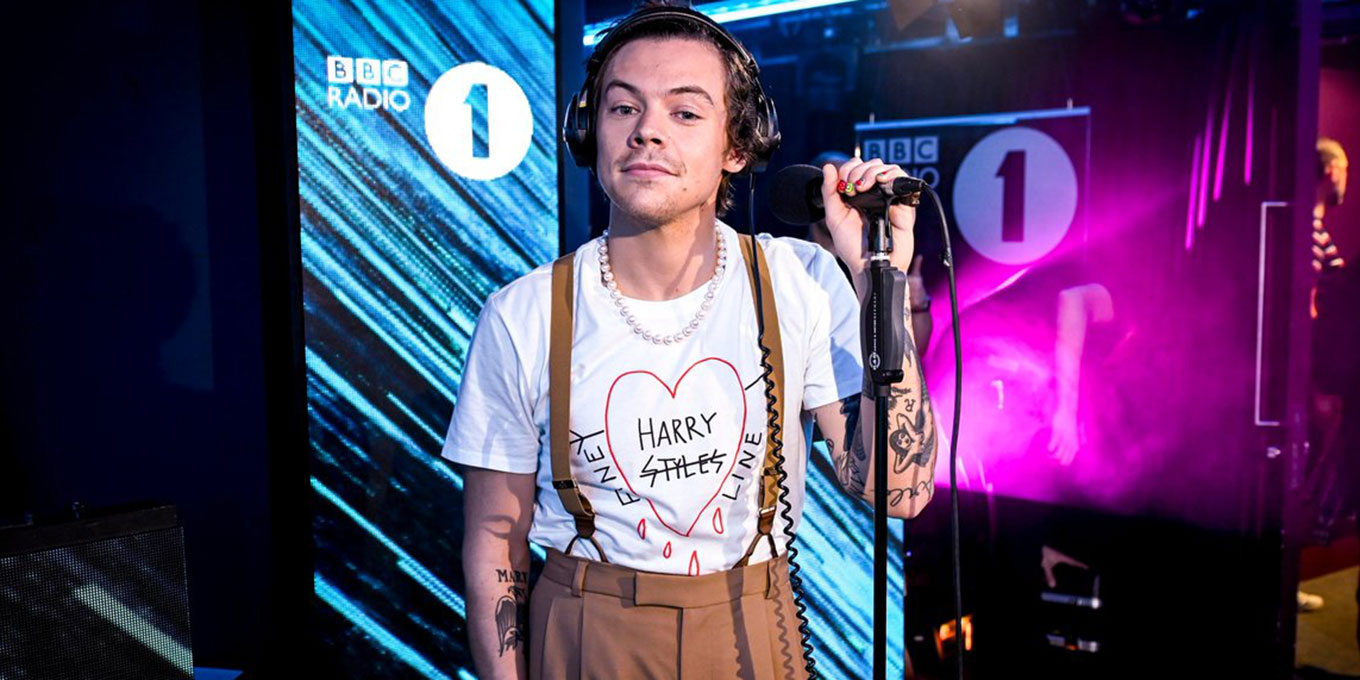 If you’ve listened to Harry Styles’ latest album, Fine Line, you’ve likely noticed that there is a prominent fruit motif. With songs like “Cherry” and “Watermelon Sugar” lining the track list, it’s only natural that he would pivot to the theme in any cover song selections as well. Today, Mr. Styles has blessed us with a rendition of potentially the number-one fruity jam of the year, “Juice” by Lizzo.

Styles performed the track on BBC Radio 1’s Live Lounge and predictably, it was just as infectious as the original. Fans can also note that he’s wearing his recently released graphic tee, which is a collab with Gucci’s Alessandro Michele.

He shared his love for Lizzo on the show, saying that “She’s exactly what you want an artist to be I think, which is yourself.” Lizzo reciprocated, reposting a gif from the interview with the caption: *melts*.

Styles played some Fine Line cuts as well, including singles “Adore You” and “Lights Up.” With Christmas fast approaching, Styles got into the holiday spirit, too. He played the classic Christmas bop, “Wonderful Christmastime” and it was just as adorable as you might expect.

Between these live sessions, the coveted merch release, his new album and these upcoming tour dates, Harry Styles content has truly been the gift that keeps on giving.