Tinie Tempah left in a 'weird place' by success

Tinie Tempah's success has left his head in a ''very weird place,'' but provided him with plenty of material for his second record. 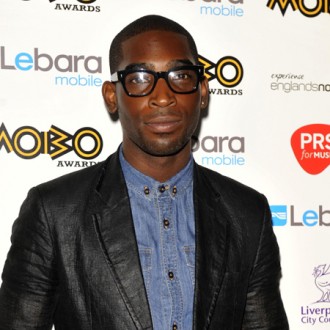 Tinie Tempah’s success has left his head in a “very weird place”.

The ‘Written in the Stars’ hitmaker is adjusting to what he calls a “‘Charlie and the Chocolate Factory’ type reality,” jetting between countries to perform and promote his debut album, ‘Disc-Overy’, which has provided him with plenty of issues he wants to address on his next record.

“And all these questions I keep asking myself every day is going into this new record. My head is in a very weird place at this moment, as you can probably imagine.”

Tinie, 22, rose to fame after his debut track ‘Pass Out’ became a surprise hit in the UK in February 2010, kick starting his career and propelling him on to international star status, and he said this at least makes singing the song’s line “I’m a star now” easier.

He added to dose.ca: “It definitely rolls off the tongue a lot easier. It was been more about the ambitions and the goals I wanted to achieve.

“Now that I’ve got to this point, which is what I wanted to achieve on the first album, there’s another place that I need to go to.”

Tinie also said he has completed three new tracks, ‘Till I’m Gone’ with Wiz Khalifa, ‘I So Addicted’ and ‘Love Suicide’ which are more reflective of his present situation.