The Strokes produced new album themselves

The Strokes scrapped initial studio recordings for their fourth album to produce it themselves at guitarist Albert Hammond's house in upstate New York. 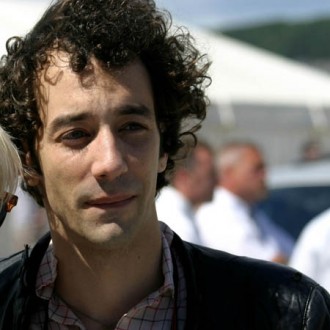 The Strokes scrapped initial studio recordings for their fourth album to produce it themselves.

The band recently announced they had finished recording the follow up to 2006s ‘First Impressions Of Earth’, and guitarist Albert Hammond Jr. told Rolling Stone magazine initial ideas laid down at Avatar studios in New York with producer Joe Chiccarelli were dropped, so they develop them on their own.

Albert said: “We spent the last six months recording in my studio upstate and we are beyond thrilled with the 10 songs we have for this record. We cannot wait for everyone to hear it. I’m positive that you’ll be as excited as we are.”

The band – which also includes Julian Casablancas, Nick Valensi, Nikolai Fraiture and Fabrizio Moretti – decamped to the Catskill mountains area in upstate New York where Albert has a 19th-century-style farmhouse with ten acre plot of land and a recording studio in its barn.

Albert has previously said he house is “exactly what I need to slow things down; to feed my creativity and my soul.”

The sessions which have become the album were recorded with Gus Oberg. Initially the ‘Last Night’ band started writing songs for the record – which is set for release in March next year – in 2009, and have admitted it was a difficult process, with Julian at one point taking himself out of recording sessions to let his bandmates come up with ideas.