The Reason 4 have 'the edge' on other pop acts

The Reason 4 claim they have ''the edge'' over other pop acts like The Wanted, because they are not manufactured. 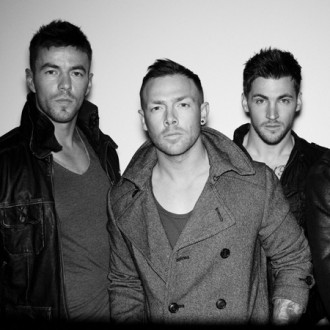 The Reason 4 claim they have “the edge” over manufactured boy bands like The Wanted.

The ‘Take it all’ boy band believe they have much more to offer than other pop acts because of the strong bond they have built with each other through ten years of trying to make it in the music industry.

The band’s Marc told BANG Showbiz: “I think that when you’re a manufactured band sometimes it doesn’t work as well because obviously where they don’t know each other as well.

“We have the edge because we’re such good friends, and we can relate to a lot more and we rarely argue about anything.

“We can do what’s best for the group. For example, when we’re writing songs we know who will suit what part, there’s no ego or anything.”

The group – which also includes Nathan, Scott and Glenn – have set their sights high, and claim they won’t stop until they are as big as Take That.

Nathan added: “We went on one of their tours and they had 50,000 screaming fans singing their songs back at them. We just stood there in awe and thought, ‘This is where we want to be and what we want to be doing. ‘”