The Flaming Lips want to shoot ''laser beams'' from their hands over their audiences as part of their live shows. 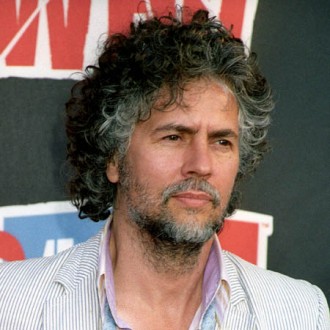 The Flaming Lips want to shoot “laser beams” from their hands over their audiences.

The ‘Do You Realize??’ group are renowned for their elaborate live shows, which frequently feature elaborate costumes, confetti and video projections, but frontman Wayne Coyne has never fully been able to realise the ideas he’s dreamed up for the groups’ shows.

He told LAist.com: “We used to think about things where the stage comes out and actually just crushes the audience. Just ridiculous things, or me shooting laser beams literally out of my hands, shooting over the crowd’s heads.

“And I do some of that, but they’re limited versions of these things. Almost everything that you’d want to do, they’re illegal or impossible or dangerous or someone would die, that’s kind of where that would all go.”

Wayne’s band are famously eccentric, but he feels there are more “weirdos” involved in making and releasing their own music now than ever before, because it has become so simple to do.

He explained: “Before you had to go into the studio, you couldn’t make a record in your house on a computer back in 1984 like you can now. I think there’s probably more weirdos involved in music now, because it’s easier to do than ever.

“So many artists, musicians, just weirdos having access to all of these ways that you can make music on your computers now, and you don’t need a lot of money.

“It took us a long time to save up money, working at restaurant jobs and all that back in 1984, to even make our first record. Whereas, today you can make music and put it up on the internet almost without thinking about it.

“Now whether they will be able to generate a living from it, that is really out of anybody’s control. The things that happened to us, much of it has been based on just – luck.”