The Feeling recorded a track for their album with Sophie Ellis-Bextor in a single afternoon. 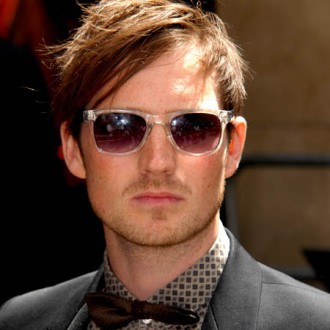 The Feeling recorded their collaboration with Sophie Ellis-Bextor in one afternoon.

Dan Gillespie Sells – lead vocalist with the ‘Join with us’ group – said they found working with the 32-year-old ‘Bittersweet’ singer, who is married to bass player Richard Jones, “really easy”.

Dan told BANG Showbiz: “We knew this track would be perfect for Sophie; I could hear it in my head before we even did it.

“We knew that it would sound great and it was really easy. She’s very professional in the studio and she sounds great on record – as soon as you put her voice on a track, it just sits in the right place. It took one afternoon.”

Sophie’s appearance on The Feeling’s new album ‘Together we were Made’ isn’t the first time they have collaborated, as they have worked closely on tracks for her albums before.

Dan added: “I’ve written one of her records before, and Richard and Paul Stewart, our drummer, were her backing and rhythm section back in the old days, so we’ve worked with her before.

“We’ve tried collaborating in the past but it’s never worked. Now we’re three albums in and a bit more established, it felt like it was the right thing to do at this stage.”

The Feeling’s ‘Together we were Made’ will be released on June 20.