Lady Gaga, Rihanna, Pink and many more stars have expressed their excitement and thanks for their Grammy nominations. 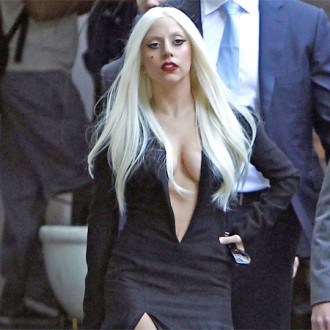 Lady Gaga is “humbled and honoured” by her three Grammy nominations.

The ‘Edge of Glory’ singer is up for three trophies at the annual US ceremony in February next year – Album Of The Year and Best Pop Vocal Album for ‘Born This Way’ and Best Pop Solo Performance for her single ‘You and I’ – and took to twitter to thank all her fans.

She wrote: “I’m humbled and honored to have a Trinity of nominations from the Grammys, including Album of the Year for Born This Way. I love u so much (sic).

“PawsUp for our album’s being nominated three years in a row. I could never do it without you. Together, we were #BornToBeBrave (sic).”

Gaga took home three Grammys earlier this year, and caused a stir by arriving to the ceremony encased in a large egg shaped vessel, which she then ‘hatched’ from to perform her track ‘Born This Way’.

Fellow nominee Bruno Mars was astounded to learn of his six nominations live at the Grammy announcement last night (30.11.11), tweeting afterward: “I’ve been trynna think of something clever to say. But the only thing that comes to my mind is – FRIKIKIKIKI!! We Did It! (sic)”

Other stars who received nominations also took to twitter to express their surprise and gratitude.

Rihanna wrote: “5 nominations!!! This year keeps getting better and better!#LOUD up 4 Album of the year is so. Congratulations to all the other nominees (sic)!”

Pink – who is nominated in the Best Pop Solo Performance category for her single ‘F***ing Perfect’ – said: “‘ha! honestly so surprised and grateful for the Grammy nom for ‘Perfect’. such a treat. thanks for the love and support everyone. Blessed (sic).’

Canadian Dance music producer deadmau5 was impressed with his three nods, in the Best Dance Album category for ‘4×4=12’, Best Dance Recording for ‘Raise Your Weapon’ and best remixed recording for his version of Foo Fighters’ ‘Rope’.

He wrote: “Woke up to some good news today. 🙂 nominated for 3 grammys this year! whoa (sic).”

The 54th Grammy Awards will take place at the Nokia Theatre in Los Angeles on February 12 next year.