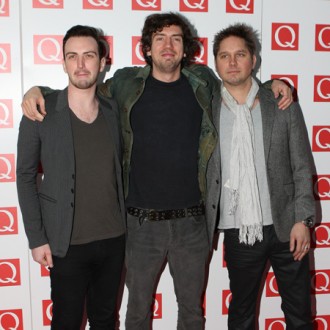 Snow Patrol “sort of knew” R.E.M. were going to split.

The ‘Chasing Cars’ group are close friends of singer Michael Stipe and guitarist Peter Buck from the American indie band, and they had a feeling that the group would announce their split after their last album ‘Collapse Into Now’.

Drummer Jonny Quinn exclusively told BANG Showbiz: “We sort of knew the R.E.M. split was coming. We kind of knew because whenever Michael Stipe was asked about the last album he said he wasn’t going to tour it so it looked like the end.

“I think he’s really into his art and photography and I think they just sort of feel like they’ve done as much as they can.”

Jonny also said that meeting R.E.M., who formed in 1980, was a major event for the band – which also includes Nathan Connolly, Gary Lightbody, Jonny Quinn, Tom Simpson, Paul Wilson – as they had been a huge influence on them when they grew up.

He added: “They’re Snow Patrol fans, we played with them a long time ago and their keyboard player actually came and played a bit on [fourth album] ‘Eyes Open’.