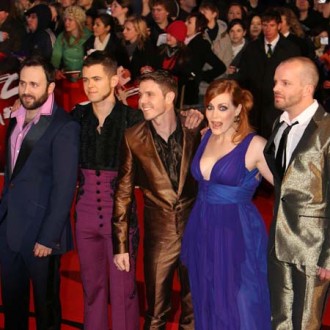 The ‘Filthy/ Gorgeous’ hitmakers have revealed they will kick off 2012 with new single ‘Shady Love’ – for which they have teamed up with rapper Azealia Banks – and then plan to release their fourth LP shortly afterwards.

They revealed on their Facebook page: “We hope you are having a great Christmas and looking forward to a very exciting 2012 filled with new music, shows, and surprises. One such surprise is coming your way sooner than you thought!

“We’ve spent 2011 making an album that we’re really proud of and can’t wait to share with you. Because you’ve been such good boys and girls, we’ll be kicking off 2012 with a sneak peek of a brand new song to whet your appetite for what’s to come.”

In September, singer Ana Matronic revealed the group were planning to take their music back in the direction of their first two albums.

She said: “[Our 2010 album] ‘Night Work’ was the most cohesive album we’ve done whereas the others were a bit of a grab bag.

“I think this might be going back to being like that. We sometimes say we should do a concept album but we are a concept, we have a philosophy of what we do. We’re stupid – that’s our concept!

“We spend a lot of time on the road but whenever we’re home we’re hard at it. We have a lot of music.”