Keith Richards reportedly threatened a Swedish journalist and hit him on the head yesterday (09.11.10) for giving the Rolling Stones a bad review. 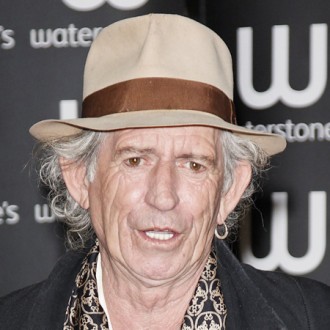 Keith Richards reportedly threatened a Swedish journalist and hit him on the head yesterday (09.11.10).

The Rolling Stones guitarist became upset and lashed out at reporter Markus Larsson during an interview in Paris after he realised he was responsible for a negative review of his band.

Larsson had given the group two out of five stars and described them as “amateurs” when they played in Gothenburg, Sweden, in 2007.

Sweden’s Aftonbladet newspaper reported: “The meeting ended with the rock star threatening Markus Larsson and hitting him in the head.”

Shortly after he threatened and hit him, Richards also reportedly told the journalist: “You’re lucky to get out of here alive.”

The guitarist is notorious for his rock ‘n’ roll lifestyle and uncompromising behaviour, and reportedly demanded a public apology from Larsson when he realised who he was.

Describing his version of the events, Larsson said: “The mood of the rock star quickly changed. His eyes got black and he was absolutely furious.

“He stood up and asked if we would put out the lights and settle the disagreement straight away. At first I was just surprised, I thought he was pulling my leg, but then I realised he was serious and then I felt uncomfortable and I just wanted to get out of there pretty fast.”