Roll Deep admit getting their collective together for a show or tour can often turn into a ''palaver.'' 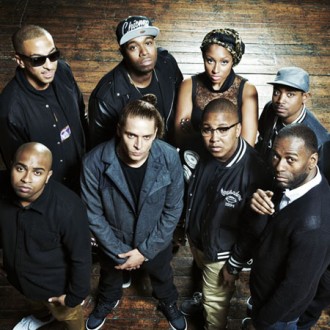 Roll Deep admit getting their collective together for a show can often be a “palaver.”

The ‘Picture Perfect’ grime and dance collective has nine full time members, and leader Flow Dan admits getting them all to meet up can require planning ahead but also a little cunning.

He exclusively told BANG Showbiz: “Linking up in London to leave and do a show can sometimes be a palaver. So you have the road manager lying and telling specific members they have to be there an hour before they do, anticipating that they are going to be late.”

Dan added almost every time the group have managed to get together on time, and there has only been one occasion where an unnamed member of the crew missed a show.

He explained: “Once one of the crew just didn’t answer their phone and the next day said they had a late one and had a s**t excuse basically.

“The people in the team have known each other for so long, it’s since school; before music, before jobs, all of that, and we kind of like… You know what you’ve done, you’ve let down the team. You don’t need telling off and all that s**t because we’re all big men, you know.”