Roger Daltrey unsure if The Who will tour again

Roger Daltrey has admitted he isn't sure if he will ever tour with his The Who bandmate Pete Townshend again because of the guitarist's hearing difficulties. 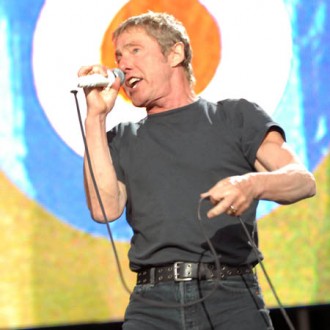 Roger Daltrey isn’t sure if he will ever tour with Pete Townshend again as The Who.

The 67-year-old singer is currently performing his ‘Tommy Reborn’ show – which features songs from the band’s acclaimed rock opera – but he doesn’t know if he will take to the stage with guitarist Pete again in the future because of his hearing problems.

Roger said: “Pete is almost stone deaf. He deafened himself in the recording studio, and when we last performed he had to stand right next to the speakers to hear anything. I don’t know what Pete will do. I don’t want to do a tour and him end up completely deaf.”

Pete, 66, has been suffering from tinnitus – a painful ringing in the ears, which is a symptom of noise-induced hearing loss – for years and has seen several specialists in a bid to help the problem and prolong his musical career.

Roger insists he has the utmost respect for his bandmate and long-time friend and considers him to be one of the most creative musicians of his generation.

The ‘My Generation’ singer explained: “I love Pete to bits. He’s incredibly complex; bordering on madness. But when he is creative, some of the music he makes is incredible and we’ve been together for 50 years; we’re like brothers.”

The Who’s career has spanned five decades and at its peak was comprised of Roger, Pete, late bassist John Entwistle and drummer Keith Moon – who was notorious for his hellraising behaviour up until his untimely death in 1978 at the age of 32.