Rod Stewart has signed up to perform a two year residency in Las Vegas, which he promises will be a '' good rock show''. 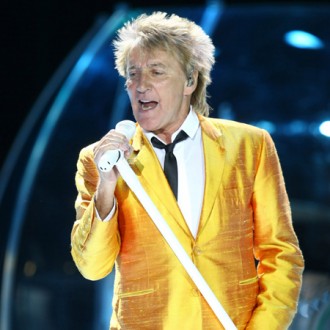 Rod Stewart has signed up for a two year residency in Las Vegas.

The ‘Maggie May’ rocker will perform at the US gambling capital’s Caesars Palace venue from August this year, and his ‘Rod Stewart: The Hits’ show will see him concentrate on the biggest songs of his 40 year career.

He told website Billboard.biz: “We’ll try to give the people what they want, which are the songs that made me famous, plus a few surprises. It’ll be 90 percent songs that people know. There won’t be any magicians or midgets, just a good rock show.”

Rod will be backed by a full 13-piece band and promised as well as hits such as ‘ The First Cut Is the Deepest’ and ‘You’re in My Heart’, he may throw in a few older classics.

He added: “I’ve got the line up to make changes – all the mandolins and guitars. We’ll throw in something from, say, [1970 album] ‘Gasoline Alley’.”

Rod, 66, previewed the shows with eight performances at the same venue last year, which featured covers including soul classic ‘Love Train’, crooner standard ‘I get A Kick Outta You’ and John Fogerty’s ‘Proud Mary’ alongside his rock hits.

The Scottish rocker will start his Las Vegas residency on August 24.