Robbie Williams could be back with Take That for good

Robbie Williams could remain with Take That after their summer tour ends, despite Gary Barlow previously claiming the group would return to a four-piece. 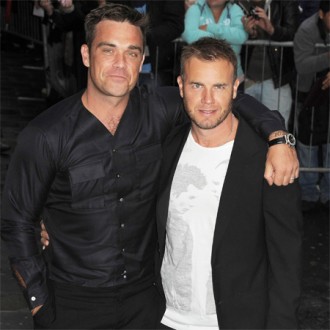 Robbie Williams could remain with Take That after their summer tour.

‘Morning Sun’ singer Robbie sensationally rejoined the boy band – whom he originally left in 1995- last July, and while their reunion was never planned as permanent, singer and songwriter Gary Barlow has revealed they have been writing new material together.

Gary said: “We really want that and this is our dream come true. At the beginning we all said it was going to last for one album, but we’re starting to write again, so we don’t know now.”

Mark Owen added in a US interview: “We are a team – at the moment Take That is five people, but it feels more than that. There’s a lot of people who have a relationship with us.

“At the beginning there was a fragility to the whole thing, but that has gone now.”

Although Robbie is hopeful he will remain with the group – which also includes Jason Orange and Howard Donald – he hasn’t ruled out taking another break first.

Robbie, who has been linked to a solo deal with Take That’s record label Universal, said: “We are a cohesive unit. Hopefully there’ll be another album with the five of us, but we don’t know if it’ll be the next one.”