Rihanna has started work on her sixth album, less than a year after releasing her last record, 'Loud'. 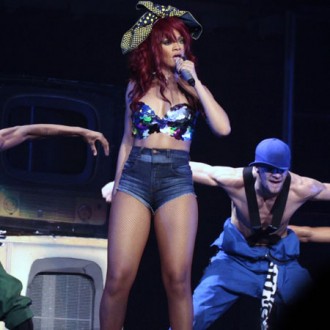 Rihanna has started work on her sixth album.

The ‘Cheers (Drink to That)’ singer confirmed to fans this morning (15.09.11) she is already working on her next record, less than a year after releasing ‘Loud’ in November 2010.

Retweeting one of her twitter followers, she wrote: “Yassss! RT @Hyazzie: @rihanna ARE YOU REALLY MAKING YOUR 6th ALBUM???!!! yay!!! Can’t wait for the new single!!! 😀 (sic)”

She wouldn’t give away too many details, however, adding: “Yaaayy I can’t wait to start filling u guys in on some details!! *Zips lips*!”

Rihanna has been a prolific artist during her career, releasing five albums in the last six years. She scored her first huge international hit with ‘SOS’ in 2006 – a number one in four countries – before career highlight ‘Umbrella’ eclipsed it in 2007, becoming a number one in 14 countries and one of the most successful singles of the decade.

With her 2011 single, ‘What’s My Name’, Rihanna also made chart history in the UK, becoming the first female solo artist to have number one hits in five consecutive years.

The Barbadian singer credits her mother – who raised her and her two brothers largely alone after her drug addict father left the family when she was nine – with her strong work ethic.

She said: “My mom always told me never to lower my standards for anyone or anything. I was always mature for my years because of the parental part she played.”