Lady Gaga's producer doesn't want to be a ''fast food'' hitmaker, churning out one hit for an artist and then leaving them high and dry. 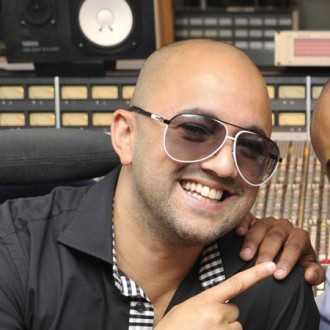 RedOne – the man behind many of Gaga’s hits, including ‘Poker Face’, ‘Bad Romance’ and ‘Hair’ – always wants to work with artists to develop their careers rather than just produce one quick hit for them then let them sink without trace.

He told online TV station SB.TV: “I believe in bodies of work and to have artists own what they do – not like fast food, ‘here is a single from this person, a single from that person’

“My vision was always to give a sound and a style to the artist depending what they are – the artists personality.”

RedOne also worked with the late Michael Jackson on tracks before he passed away in 2009 and said the experience was the “most incredible thing in life”.

He added: “There’s few people that I’ve met in my life that really I was touched just to meet. Meeting Michael Jackson was a special moment in my life and especially the way he was as a person.

“I always express and get them to see a vision and Michael was always ahead. I didn’t have to explain everything, he knew.”

When pushed as to whether the tracks he made with Michael would be released, RedOne said the decision was not only his to make, and he didn’t know what the stance of the other parties involved is.