Rage Against the Machine hope their forthcoming show at Los Angeles Coliseum can become an annual event. 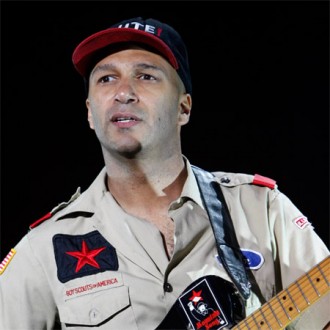 Rage Against the Machine want to establish their own festival.

The ‘Killing in the Name’ group will perform at the Los Angeles Coliseum on July 30 – along with Muse, Rise Against, Lauryn Hill, Immortal Tecnhique and el Gran Silencio – to mark their 20th anniversary and are hopeful the show can become an annual event.

Guitarist Tom Morello said: “It’s a much broader endeavour than sort of a normal rock gig would be. Our hope is that we’re able to establish a festival in Los Angeles that people look forward to seeing every year. But, right now, all we’re concentrating on is making sure that July 30 is awesome.”

Though the quartet have not released an album since 2000’s ‘Renegades’, Tom insists they are still an “active” band but are unsure yet whether they will record more new material or embark on a tour.

He added in an interview with website Spinner: “We’re certainly an active band. There’s going to be no more active band in the universe than Rage Against the Machine on July 30.

“We’ll let you know, if and when there’s new music. You will hear it. If and when there’s a tour, those things will not be kept secret. Beyond that, it’s all just speculation. Sometimes the guys in the band don’t know from one day to the next. The one thing I know for sure is on July 30 we’re gonna be rocking the Coliseum senseless.”