Plan B up for two Ivor Novello awards

Kylie Minogue, Tinie Tempah, The xx, Katy B and Plan B are all up for this year's Ivor Novello awards. 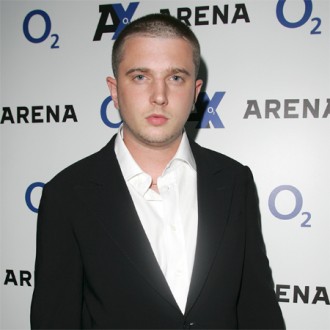 Kylie Minogue, Tinie Tempah and Plan B are all up for Ivor Novello awards.

Plan B and Everything Everything lead nominations with two each, and will square off in the songwriting awards’ Best Album category.

Plan B’s ‘She Said’ is also nominated for PRS for Music Most Performed Work, while Everything Everything’s ‘MY KX, UR BF’ is in the running for Best Song Musically and Lyrically.

Tinie Tempah’s ‘Pass Out’ is up for Best Contemporary Song alongside The xx’s ‘Islands’ and Katy B’s ‘Katy On a Mission’, while Kylie Minogue’s ‘All The Lovers’ is in the running for Most Performed Work against ‘She Said’ and Scouting For Girls’ ‘This Ain’t a Lovesong’.

Villagers’ singer and songwriter Conor O’Brien told BANG Showbiz: “It’s not your average pop song to be nominated for something that Lily Allen won last year is kind of interesting. I sort of feel like I’m on the sidelines watching this kind of mainstream thing happening.”

Lily scooped three awards at the last year’s ceremony, Songwriter of the Year, Best Song Musically and Lyrically and Most Performed Work for her track ‘The Fear’.

Other trophies which will be handed out at the awards – held on May 19 at London’s Grosvenor House hotel, and covering 2010 in music- include Best Original Film Score, Best Television Soundtrack and Best Original Video Game Score.

Full List of Nominations for the Ivor Novello Awards, covering the year in music 2010:

‘Katy on a Mission’, Katy B

‘The Defamation of Strickland Banks’, Plan B

PRS for Music Most Performed Work

‘All the Lovers’, Kylie Minogue

‘This Ain’t A Love Song’, Scouting for Girls

‘How To Train Your Dragon’, John Powell