One Direction have been involved in a ''terrifying'' bus crash that left them all treated for neck injuries. 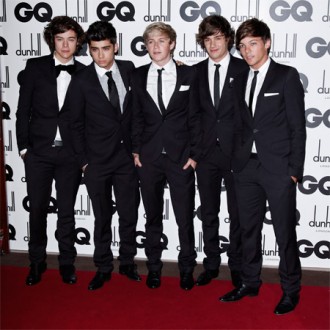 One Direction have been involved in a “terrifying” bus crash.

The ‘Gotta Be You’ hitmakers – Louis Tomlinson, Harry Styles, Niall Horan, Zayn Malik and Liam Payne – were all treated for neck injuries after a woman crashed into their vehicle when they were returning to their hotel following a concert in Birmingham on Wednesday night (04.01.12).

The group were advised to cancel last night’s (05.01.12) show in Plymouth because three members had severe headaches and spinal pain, but they carried on as normal after being given the all-clear.

A source told the Daily Mirror newspaper: “It was pretty terrifying for everyone concerned. All five boys, plus two members of the crew, were in their tour bus when the car rammed into the back of it.

“Thankfully, it withstood most of the impact but obviously, travelling at speed, the boys’ couldn’t avoid whiplash. After careering across the road, both vehicles came to a stop. Louis, Zayn and Niall were the worst affected.

“Paramedics advised management to scrap the gig in Plymouth but because the boys didn’t want to let anyone down they agreed to go ahead.”

Despite soldiering on with the concert, the boy band were “really shaken up” by the incident.

Another source told The Sun newspaper: “It was a close call. The lads and their two tour managers were pretty shaken up, but yesterday they were seen by an osteopath who gave them the all-clear.”

Niall took to twitter to thank all One Direction fans for their support and reassure them the group are “absolutely fine”.

He wrote: “Guys, thanks for all you messages. We were involved in a really minor accident – we are all absolutely fine!”