Nicky Wire would like to use the Manic Street Preachers' hiatus to reform Guns N' Roses and act as ''peacemaker'' for The Libertines. 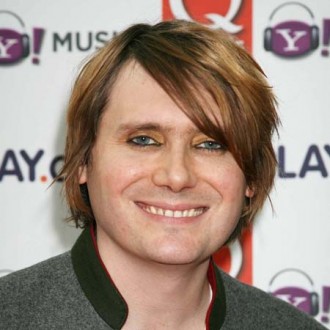 Nicky Wire wants to reform the original line up of Guns N’ Roses.

The Manic Street Preachers bassist is a huge fan of the ‘Welcome to the Jungle’ rockers and wants to help original bassist Duff McKagan reunite with vocalist Axl Rose so they can perform together again.

Nicky – who’s group enlisting Duff to play on their ‘Postcards for a Young Man’ album – told radio station XFM: “I’d like to be in a reformed Libertines, just to hang around them and be a voyeur and a peacemaker.

“Maybe try to reform Guns N’ Roses. Duff played on our album so maybe I could return the favour.”

Of the original members of Guns N’ Roses only Axl remains, and continues to record and tour under the name with a number of other musicians.

The band have been nominated for entry into the Rock and Roll Hall of Fame in 2012 and if successful it is rumoured the occasion could bring an end to the long-running feuds between various members.

Speaking of the possibility last year, Slash said: “I have no idea how that’s supposed to go. If Axl, Duff, [guitarist] Izzy and myself start communicating, it could go one way. If we don’t, God knows.”

Many bands have put their differences aside to appear at their induction to the Hall of Fame, including Van Halen, Talking Heads, Cream and The Police.