Metallica will release their collaborative album with Lou Reed, titled 'Lulu', on October 31. 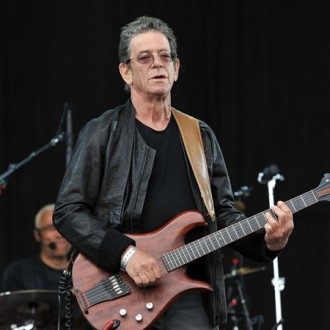 Metallica and Lou Reed’s ‘Lulu’ album will be released on October 31.

The ‘Enter Sandman’ group collaborated with the former Velvet Underground singer earlier this year -which Lou described as “a marriage made in heaven” – and a new post on their website has given further details of how the project will sound.

The statement reads: “Originally the lyrics and musical landscape were sketched out by Lou for a theatrical production in Berlin, but after coming together with the ‘Tallica boys for the Rock and Roll Hall of Fame concerts in New York in 2009 all guilty parties knew they wanted to make more music together.

“Lou was inspired enough by that performance to recently ask the band to join him in taking his theatrical ‘Lulu’ piece to the next level.

“So, starting in early May of this year, we were all camped out recording at HQ studios in Northern California, bringing us to today and 10 complete songs.”

Lou was inspired to write the tracks by the works of Frank Wededkind and the Heavy Metal group worked with him on arrangements and musical direction.

The entry continued: “‘Lulu’ was inspired by German expressionist writer Frank Wededkind’s plays ‘Earth Spirit’ and ‘Pandora’s Box’, which tell a story of a young abused dancer’s life and relationships and are now collectively known as the ‘Lulu Plays’.

“We can’t wait to share this music and the whole experience with you.”

The titles of three songs have already been released, ‘Junior Dad’, ‘Mistress Dread’ and ‘ Pumping Blood’.