Madonna refuses to look back

Madonna refuses to look back on her past as she only wants to concentrate on her future. 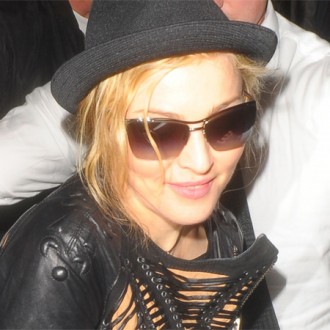 Madonna refuses to look back on her past.

The 53-year-old singer will celebrate 30 years in the music industry in 2012 and while she has led an interesting, and sometimes controversial, life she refuses to regret anything she’s done as she’s only focused on the future.

She said: “I don’t think much about the past, to tell you the truth. I’m too busy looking forward.”

Madonna – who is currently promoted new movie ‘W.E.’, which she directed – also says people should stop worrying about having the perfect life and be content with what they’ve got.

The mother-of-four told the Daily Record newspaper: “Stop striving for perfection because there is no such thing. We have to look beneath the surface and I think that we can’t take it personally and literally. We can’t judge a book by its cover, you have to read the book.

“How do you expect to know a person? You can’t expect to know who they are by reading an article in a magazine about them. We live in a society that is obsessed with celebrities and it’s pretty easy to get famous very quickly now. I so I think there is an obsession with celebrity and people mistake getting to photograph somebody in their backyard, playing on the swings with their children, as actually some kind of intimacy. But it’s an illusion.”