Motorhead frontman Lemmy Kilmister will be a ''legendary'' musician no matter how much he drinks. 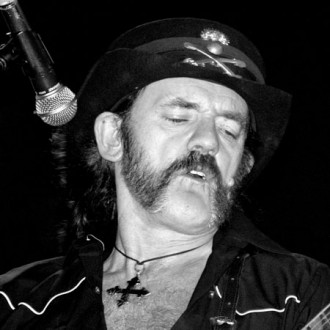 Lemmy Kilmister will be a “legendary” musician no matter how much he drinks.

The Motorhead frontman – who has battled drug addiction in the past – revealed while he doesn’t promote heavy drinking, his life is full of excesses, of which alcohol is just one.

He said: “All kinds of things about me are legendary, not just the excesses. And, for me, they’re not excesses anyway. What you do every day is normal, right? Who cares if I drink? So what?

“I’m not going to promote it as a lifestyle. I don’t want some kids dying because they drunk because of me. If you say this guy drinks like a fish after 35 years in Motorhead, they’ll think, ‘Oh, I can do that too.’”

The 64-year-old heavy metal star also admitted his vocals sound better when he smokes, and he wouldn’t be able to perform without the aid of cigarettes and alcohol.

He added to The Sun newspaper: “This voice does good on cigarettes. That’s part of the training. I have to keep smoking. If I stopped smoking, my voice would suffer. I couldn’t possibly do my job if I didn’t smoke and drink.”

“My elders and betters told me it was a good thing to smoke. One advert said that it helps you to breathe because it clears your passages.”