Former Fugees star Lauryn Hill is being sued by her former guitarist Jay Gore for more than $20,000. 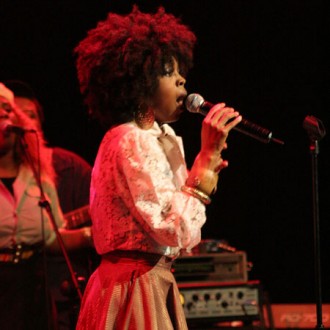 Lauryn Hill is being sued for harassment and unpaid wages.

Jay Gore – ex-guitarist with the former Fugees singer’s solo band – has issued a lawsuit against the 36-year-old ‘Everything is Everything’ hitmaker for more than $20,000, claiming she insulted the band when he toured with her in 2007.

A section from the lawsuit, obtained by gossip website TMZ, reads: “After shows, Hill would demand that the musicians and road support personnel attend meetings where she would engage in a person-by-person critique and berating.

“At one point, Hill made a statement in front of the tour personnel to the effect that ‘I can’t believe I am paying you fools, you should be paying me’.”

Jay’s lawyer, Nicholas Andrea, said he believes this lawsuit will be one of many to come from other musicians who have worked for the singer.

He explained: “We believe there are other musicians who have been mistreated by Ms. Hill in a similar manner who are reluctant to stand up for their rights and this lawsuit gives them a voice as well.”

Lauryn – who has children, Zion David-Nesta, 13, Selah, 12, Joshua, nine, John, seven, and three-year-old Sarah with on/off partner Rohan Marley – gave birth to her sixth child, a baby boy, last month but has admitted Rohan is not the father.