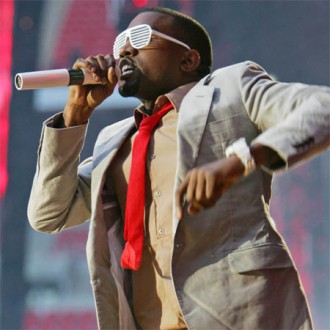 The ‘Stronger’ hitmaker – who released collaboration record ‘Watch The Throne’ with Jay-Z earlier this year – is set to travel to London to complete work on his latest project, which is in connection with his G.O.O.D. Music label, according to rapper Big Sean.

He told MTV News: “We’re going to do the G.O.O.D. Music album first: we been working on that.

“So, me, Kanye, Cudi, CyHi, John Legend, Common, Pusha T, everybody on G.O.O.D., Mr Hudson: We’re all working on a new project; it’s almost done. We’re going to London to finish it up and do the last part of it and working on my album at the same time with ‘Ye and everybody.”

Big Sean expects Kanye’s latest album to be released in spring next year, and the Detroit MC is set to have a busy 2012 as he promises to drop his Finally Famous Over Everything (F.F.O.E) mixtape next year, with his new album due in the summer.

He added: “I got the new F.F.O.E. mixtape, ‘Finally Famous Over Everything’, coming, new G.O.O.D. Music album, the next Finally Famous album, so we going hard.”