Joe Jonas thinks his forthcoming solo album will ''shock'' fans because it isn't the ''bubblegum pop'' they would expect. 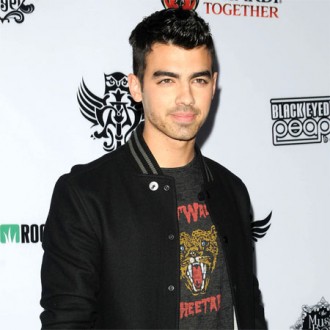 The Jonas Brothers singer is preparing for the release of ‘Fast Life’ – his debut solo LP which has been described as “club-geared” – and thinks fans who are expecting “bubblegum pop” will be disappointed.

He said: “I kind of like to shock people sometimes, because I feel like – I feel they have expectations of what I’m supposed to sound like. I figure, just pop music. Just very standard pop music.

“I’m going from Disney to a more mature record, and having that experience, I think a lot of people might think, ‘OK, this record might be a little bit bubble-gum pop.’ ”

Joe also admitted than when he first started making the album, he was planning an entirely different sound for the record.

He added in an interview with The Edmonton Journal: “At the beginning of last year, I was working on a project with a totally different sound to it.

“It was a very Michael Buble-esque record, and as the time progressed, I just started writing on my own and realized I could go on a route that was the kind of music I’d been listening to, which was a lot of stuff that DJs are doing these days, or some of my favourite artists – kind of that urban dance music.”