'Hound Dog' songwriter Jerry Leiber - one of the most important songwriters in rock 'n' roll - has died aged 78. 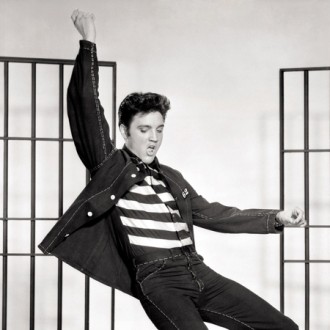 The musician – who along with writing partner Mike Stoller wrote huge hits including ‘Stand By Me’, ‘Yakety-Yak’ and ‘Jailhouse Rock’ – unexpectedly passed away from cardio-pulmonary failure at the Cedars-Sinai Medical Center in Los Angeles yesterday (22.08.11).

In tribute, Mike said: “He was my friend, my buddy, my writing partner for 61 years. We met when we were 17 years old. He had a way with words. There was nobody better. I am going to miss him.”

Leiber and Stoller – as they were most commonly referred – met in Los Angeles in 1950, and within three years had become one of the most sought after songwriting teams in America, penning hits for groups such as The Drifters, Coasters and The Robins.

The duo had a strong work ethic and used to write at the piano for 12 hours a day, with Stoller mostly concentrating on the music and Leiber the lyrics.

One of their earlier hits was ‘Hound Dog’ – originally a number one record in the R&B charts for Big Mama Thornton – but recorded by Elvis Presley in 1956, propelling them to international success.

Despite the track’s popularity, Jerry always maintained he didn’t like changes made to the lyrics for the ‘King of Rock ‘n’ Roll’s’ version.

He said in 2009: “The song is not about a dog; it’s about a man, a freeloading gigolo. Elvis’ version makes no sense to me, and, even more irritatingly, it is not the song that Mike and I wrote.

“Of course, the fact that it sold more than seven million copies took the sting out of what seemed to be a capricious change of lyrics.”

Producer Phil Spector served a short apprenticeship with the pair in New York in the early 60s, and played guitar on a recording of The Drifters ‘On Broadway’. The pair continued to have success as writers and producers, with their last big production hit being Steeler’s Wheel track ‘Stuck in the Middle with You’ in 1972.