James Blunt not prepared for fame by military

James Blunt's military training didn't help prepare him for the fame and fortune his pop career brought him. 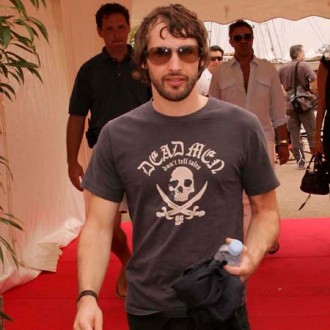 The ‘You’re Beautiful’ singer was a second lieutenant in the Life Guards, a unit of the British Army’s Household Cavalry, before achieving pop success in 2005, and admits his former career is completely at odds with being a pop star.

He told watchmojo.com: “I believe it prepared me in many ways, and it was also terrible preparation for other aspects of it.

“The way we can communicate through music I love. But the music business is slightly lost in the notion of fame unfortunately, and those two constructs are meaningless and shallow and have no great depth compared to what is music.

“And I used to be in the business in the army which dealt with life and death and those were very real, so suddenly having to concentrate on fame and fortune I sometimes struggle with that.”

James also said he feels particularly lucky to have been taken under Sir Elton John’s wing in the early part of his singing career, and to have his continued support.

He added: “I’ve been really lucky knowing and touring with Elton john – he is an amazing person, an incredible musician and an incredible performer. To me a great support! He took me out on tour before my first album came out.”