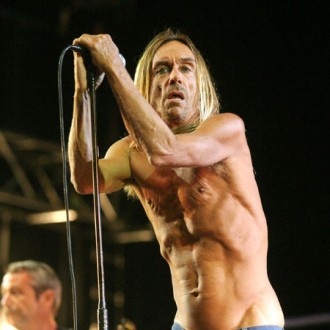 Iggy Pop has been working on new songs with The Stooges.

The ‘Lust for Life’ singer has been writing tracks with guitarist James Williamson, who played on the group’s definitive 1973 album ‘Raw Power’ and rejoined in 2009 after the death of original guitarist Ron Asheton.

Iggy told RollingStone.com: “We started trading stuff by MP3 back and forth as soon as we started. We actually did get together this spring. He came to my house in Miami and we wrote 10 things. I think we like about half of them.

“One of the songs, ‘Requiem for a Heavyweight’, is a really nice piece of music that James wrote on the dobro [resonator guitar].

“I wrote another song about merchandising called ‘Popular Pants’. We’ll keep writing. I think he’d like to make an album and I’d like to make more the score for an intelligent video game.”

The 64-year-old rocker has been playing ‘Raw Power’ live in its entirety over the last year, but also said he’d be interested in touring a couple of the most groundbreaking albums from his solo career too, ‘Lust for Life’, and ‘The Idiot’.

He added: “I’ve got to revisit those two live at some point. I’ve done them so badly live that I’d like to do them really, really well once before I sail into the proverbial sunset.

“Although at times I’ve certainly done those songs with a lot of spirit. But, yeah. I would like to do something with those two albums.”

Iggy also added he may retire “sometime at or slightly beyond” the age of seventy.