Girls Aloud are in talks to perform at a special music event being held to mark the 2012 Olympic Games in London when they reunite for their 10th anniversary. 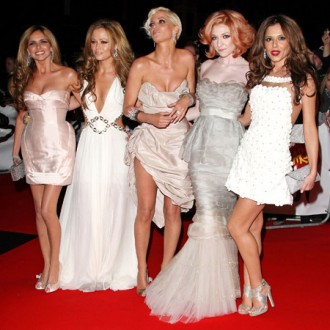 Girls Aloud are set to perform at a music festival being held to mark the 2012 Olympic Games in London.

The group – which is comprised of Cheryl Cole, Nadine Coyle, Kimberley Walsh, Nicola Roberts and Sarah Harding – are reforming after a self-imposed break to mark their 10-year anniversary and are in talks to be on the bill at a special event being held at London’s The O2.

Other acts being considered for the event which will be held to coincide with the mammoth sporting occasion include The Rolling Stones and Coldplay.

A source told The Sun newspaper: “The girls are getting very excited. The promoters are only looking to book massive show-stopping acts, which they would be perfect for. They would tick the pop box while The Rolling Stones would appeal to a much wider audience.”

Last month, the band’s manager Hilary Shaw revealed the girls – who were formed on TV talent show ‘Popstars The Rivals’ in 2002 – would be getting back together next year to mark their anniversary.

She said: “Everybody wants them to make a comeback and it will be next year. Well, it is their 10th anniversary so there will be something.

“They speak all the time, and that includes Cheryl and Nadine with the other girls.”

The ‘Biology’ hitmakers have not performed together since they opened for Coldplay at Wembley Stadium in 2009.