Gavin Rossdale agonised as to whether he could reform Bush's without original guitarist Nigel Pulsford. 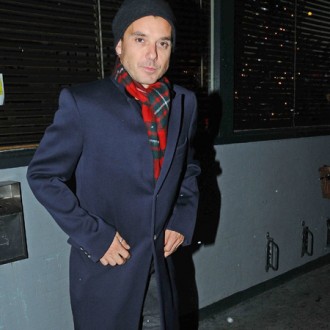 Gavin Rossdale agonised whether he could reform Bush’s without original member Nigel Pulsford.

The singer didn’t know if he could reform the ‘Swallowed’ group without the guitarist, and held out for as long as before getting the group back together because it is his “entire life”.

He said: “I did a solo record in lieu of doing Bush because Nigel wasn’t ready. I wanted to be as respectful as possible to everyone involved, to the band and the fans.

“I think I clearly gave – he left a large window of re-affirmation in there, when that clearly was not happening, I was like, ‘F**k it’.

“I was going to do what I was going to do. Bush is, professionally speaking, my entire life. It is my vocation. Music is everything that I love and am inspired by. Bush is my complete.”

The band’s first album since their 2002 split, ‘The Sea of Memories’, was released last month and despite the new line-up, Gavin insists that he still appreciates what Nigel and ex-bassist Dave Parsons did for the band.

He said: “Are we friends in the sense of do we hang out all the time? No, but do I love him forever? Of course. I’d have to be a pig not to appreciate what they did for me.”

The frontman is also thrilled with the reaction to the band’s new material live and promises they have a dynamic show for fans.

He added: “We just make the most dynamic, interesting cool and surprising show we could come up with each night.”

The band tour the US throughout October and Europe in November.