Morrissey has been behind Lokerse Feesten festival's decision to ban the sale of meat for an entire day. 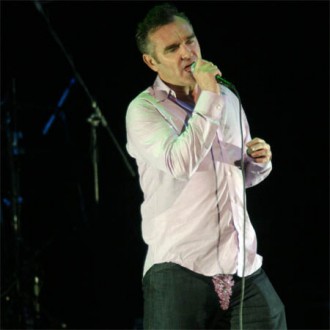 Morrissey has been behind a festival’s decision to hold a meat-free day.

Organisers of Belgium’s ten day Lokerse Feesten have declared one day completely vegetarian, in order to entice the meat shunning ‘The Boy with the Thorn in His Side’ singer to play.

A spokesperson for the event said: “One meatless day in ten is a healthy break for all.

“We worked on bringing Morrissey here for many months, waiting for an answer, and many nights were spent sleepless.”

52-year-old Morrissey, who has not eaten meat since the age of 11, famously walked off the stage at California’s Coachella festival in 2009 after complaining he could “smell burning flesh” from a nearby barbeque, further adding: “And I hope to God it’s human.”

He also recorded an album with his band The Smiths called ‘Meat is Murder’.

Organisers of Lokerse Feesten were so keen to avoid a repeat of such an incident, they have ordered all on-site stalls to make sure all items of food they vend on August 4 is vegetarian calling it “a welcomed catering change”.