Duffy struggled with isolation of fame

Singer Duffy admits struggled to cope with the pressures of success because working so hard meant she was lonely. 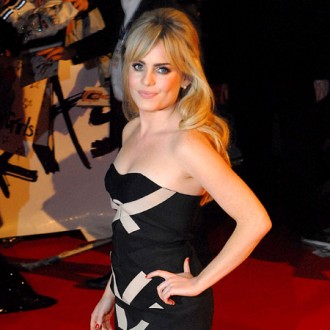 Duffy struggled to cope with the pressures of success.

The Welsh singer became a worldwide star in 2008 thanks to her debut album ‘Rockferry’ – which globally sold 6.5 million copies – but admits she found it hard to deal with because working so much meant she was lonely.

She said: “I was living out of a suitcase and always flying here and there. It was everything I’d ever dreamed of but there were times when I found it hard. I love my music and performing but some of the other demands terrified me. I am just a normal girl from Wales and always will be.

“Once in America I locked myself in my room and cried and I’m not that kind of girl. I am quite tough and can cope with almost anything but that time was horrible. I just wanted my mum with me.

“I remember feeling as though things were going to fall apart. I don’t know if it was a borderline breakdown – but it was a hard time.”

Although she initially struggled to cope with the pressures of success, Duffy is now much happier thanks to her rugby star boyfriend Mike Phillips, as she had wanted to find love for a long time.

She explained in an interview with The Sun newspaper: “I have learned a lot about myself through my new songs – they’re like therapy and I realise I was lonely because I was needing a man, someone to protect me and call my own.

“I wrote ‘Endlessly’ when I was dreaming of meeting someone. I genuinely wanted someone to put their arms around me. I knew I was missing something in my life – then I met Mike and knew he was the one from our first date.”