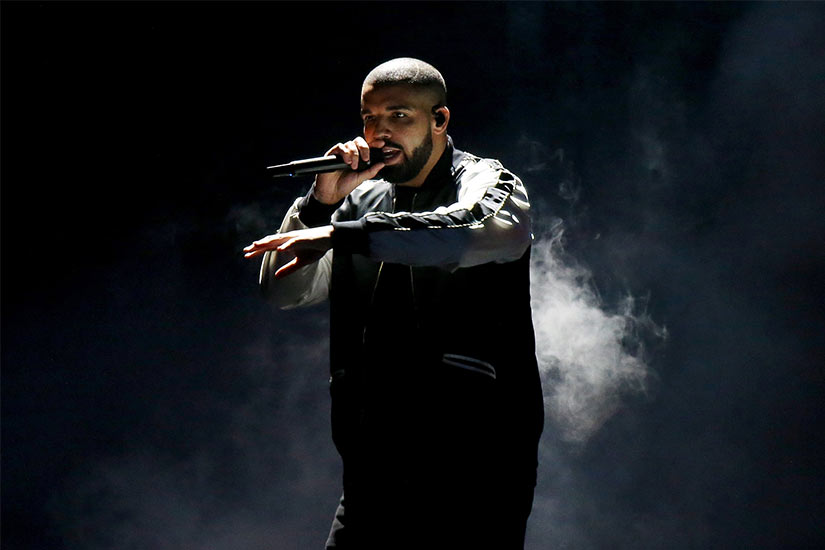 In a glorious blaze of gunfire, explosions, stolen money and, of course, a gorgeous woman (who isn’t Rihanna!), Drake surprised fans with his highly anticipated short film Please Forgive Me.

Filmed in the Soweto township in Johannesburg, South Africa, the plot follows the Canadian rapper (who adopted a South African accent for the role) and his love interest, played by Belgian model Fanny Neguesha (seen below posing with a cheetah used in the film), as they try to undo a money heist gone-wrong.

The video is the visual counterpart to the album Views, which was released in April and has already sold over 1.4 million copies in the U.S. alone. The album, and it’s five hit singles, held the Number One spot on the Billboard 200 for 12 consecutive weeks.

Until now, Drake has only released or confirmed music videos for a few of the album’s tracks: one for Childs Play, and the pre-album single Hotline Bling. So, when Drake announced Please Forgive Me back in August, fans and critics speculated that this film was going to resolve the gap. And they weren’t disappointed…

The film features two almost-full music videos: one for One Dance, set to the backdrop of a steamy Johannesburg dance party, and Controlla plays as Neguesha dances alone in the Namibian desert. Don’t worry, if your favourite track from the album was Hype, Summer’s Over Interlude, Views, or 9 those play over a few high intensity action scenes, too.

Drake co-directed the piece with filmmaker Anthony Mandler, known for his work with a number of big names in the music biz, including Beyoncé and Drake’s real-life leading lady Rihanna.

The film also features cameos from Swedish twins and social media beauties (who you’ll recognize as Drake’s muses for the Views album art) Elizabeth and Victoria Lejonhjärta, and Jamaican deejay and musician Popcaan.

This is Drakes second stab at film making. His last was Jungle in 2015 – a 14-minute visual preview for If You’re Reading This, It’s Too Late which followed the rappers ever-so-slightly existential inner monologue as he copes with fame.

Please Forgive Me is available on Apple Music (if you have a subscription), but teasers are available on Drake’s Instagram and Twitter.