David Bowie's biographer, Paul Trynka, claims it would be a ''miracle'' if he releases any more music. 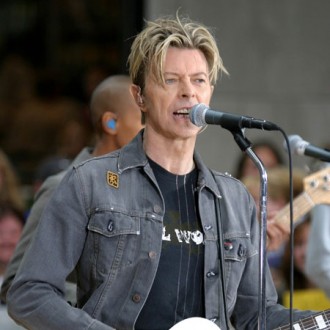 David Bowie’s biographer claims it would be a “miracle” if he releases any more music.

The legendary ‘Heroes’ singer has not released an album since ‘Reality’ in 2003, and Paul Trynka doesn’t feel he will make another record unless he has some “seismic” songs to record.

He told Spinner.com: “My heart says he’ll come back. But my head says he’s likely not to. I think he would only come back if he thinks he could deliver something that will be seismic.

“If you pop back into the stage, it’s got to be something that has a big explosion and lots of flashes. It would be a bit of a miracle if he comes back, but miracles do happen.”

David has rarely appeared in public in recent years and last performed live in November 2006, playing a set at the Hammerstein Ballroom in New York.

David previously had to cut short his last tour in summer 2004 after he suffered a heart attack, and in 2009 said he had no plans to return to live performance, saying he felt “comfortable” with his life.

In his career David has released 23 studio albums between 1967 and 2003, and is frequently voted one of the most influential singers of the modern era.