Dave Grohl is preparing to start work on the next Foo Fighters album in 2012, less than a year after releasing 'Wasting Light'. 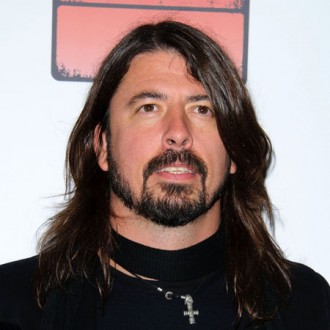 Dave Grohl is preparing to start work on the next Foo Fighters album.

The ‘Rope’ rocker is already starting to compile new ideas for songs, less than a year after the band released their ‘Wasting Light’ album in April.

In a post on the band’s official blog he wrote: “We’re not finished yet. There are still more shows to play, more songs to write, more albums to record, for years to come. I mean…..If you would have told me 17 years ago that in 2012 I would be writing songs for our 8th studio album….well (sic).”

As the band – which also includes Nate Mendel, Taylor Hawkins, Chris Shiflett and Pat Smear – are coming to the end of their current tour in support of ‘Wasting Light’, the singer and guitarist also wrote a long list of thanks to all the fans and people they have worked with in the last year, as well as saying how pleased he is a rock record has proved so popular.

He wrote: “Thank you all for making ‘Wasting Light’ the most incredible album experience of our band’s 17 year history. For real (sic).

“The fact that a rock and roll record, made in a garage, completely analogue to tape with no help from computers, could be a #1 album around the world, AND get a Grammy nomination for Album of the Year… well… these days that’s no small feat (sic).

“It’s truly inspiring, and it makes us feel like the luckiest band in the world. So thanks. It means everything to us (sic).”