Coldplay frontman Chris Martin claims he would be a ''terrible'' solo artist, and he needs his bandmates around him to perform well. 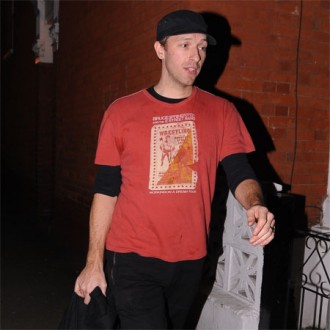 Chris Martin claims he would be a “terrible” solo artist.

The Coldplay frontman thinks he would struggle to get concerts if he ever left the ‘Yellow’ rockers – and joked he wouldn’t even be good enough to get a show and British holiday chain Butlins, famed for its evenings of semi-professional entertainment.

He said: “I’d just be terrible. I don’t think I could even get a gig in Butlins – and I’ve been to Butlins. I think me and my keyboard would be [on the high street] most days, getting shouted at.”

Chris – who is married to Oscar-winning actress Gwyneth Paltrow – also claimed his bandmates Jonny Buckland, Guy Berryman and Will Champion, have always supported him and he couldn’t imagine being without them.

He added to Q magazine: “They’re very good friends to me because they know that, as the singer, and especially because I’m married to Gwyneth Paltrow, I get eight times as much media as them.

“They know how much I need them, I just couldn’t do it on my own.”

Chris also has a friendship with rapper Jay-Z, but said he was stunned when the hip-hop superstar said he liked Coldplay’s music.

He revealed: “When Jay first said, ‘I like your band’ I was, like, ‘What the f**k are you talking about? No, you don’t!’ Then I realised he doesn’t bring any baggage. ‘I like your songs.’ It was as simple as that.”